In early 70s Rafael Halperin, who worked for Vince Sr.`s Capitol Wrestling in the 50s, staged a match between himself and “Abu Antar” of Jordan that sold out the “Yad Eliyahu” arena. Later the Von Erichs came for a very successful tour that engraved their name into Israeli culture and history. WWF also had a very successful tour in 94 that also made big impact on Israel`s culture, but it didn`t come close to the Von Erichs`.

Kevin Von Erich, with his brothers made wrestling popular in Israel (Early 80s)

In late 2001 lifelong wrestling fan Gery Roif, who lead the campaign that brought back WWE programming to Israel, created the first wrestling promotion in Israel – “Israeli Pro Wrestling Association”. After spending a year training and organizing Gery Roif also became the first IPWA champion by defeating Shawn Michaels Academy graduate, Joey Tylec on the 24th of July, 2003 during an MMA event that clips of aired on Israeli-Russian channel 9.

Roif ran IPWA in the Netanya area and managed to get national exposure for the promotion with several TV appearances and newspaper articles. IPWA “Passover Bash 2004” coverage on Channel 2 evening news was watched by over million Israelis. IPWA`s biggest event “Summer Splash III” in the summer of 2004 featured FWA British Wrestling Superstar Aviv Maayan teaming up with Hawaii Allen against Yossi The Bull and Jumping Lee, and then Joey Tylec finally beating Gery Roif for the IPWA title in the main event. “Summer Splash III” was filmed for Cable News and got the promotion even more publicity.

The show featured some of the best matches Israeli Pro Wrestling ever had (Rabi Swissa vs. Vladimir, Mr. Weiss vs. Amit Romem and more), yet also ridiculed on some of the worst levels. Makkat Medina received lots of publicity in the media, for better or for worse. Due creative differences the show wasn`t picked up for 2nd season and therefore this genre has become a “black sheep” amongst Israeli TV producers. IPWA tried to rebound by taping “Wrestlenovella” for the British Wrestling Channel that aired in early 2006 but due financial difficulties were unable to produce more events. 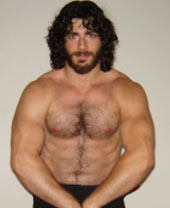 With WWE announcing a tour in Israel in the summer of 2006 promoter Gery Roif arranged internal tryouts for Israeli Wrestlers with the winner being looked at by WWE agents upon their arrival. Roif managed to interest several of the WWE tour sponsors to back up the IPWA and help develop the local wrestling scene, and with hopes high IPWA managed to promote “Summer Splash” V on Herzlya beach, feauturing Yossi the Bull vs. Gery Roif in an Iron Man match and Hawaii Allen vs. Jumping Lee for the IPWA title. However, after the WWE tour was cancelled due the war, all sponsors backed out of having anything to do with wrestling. That resulted in wrestling becoming not only a “black sheep” amongst TV producers but also a “black sheep” amongst investors and sponsors.

The final chapter saw IPWA team up with Maccabi Tel-Aviv boxing club and FLIX website for “Summer Splash” 2007 with Israeli celebs Michal Gavrielov, Zohar Israel and Dror Nobleman, Bret Hart`s ex Julie Hart, feauturing Omry Balely vs. Gery Roif and a championship match between Sharon Palty and Yossi the Bull for the IPWA title. During that time TNA announced a tour in Israel. Promoter Gery Roif once again managed to secure tryouts for Israeli wrestlers before TNA agents. Roif was also scheduled to host TNA`s press conference upon TNA`s arrival. However, due bad business decisions the show was cancelled as well. After several more failed attempts to develop a pro-wrestling scene in Israel, Gery Roif temporarily closed down the IPWA in 2008.  Since then IPWA continued to run a wrestling school and hold 4 annual events (Sukkot Brawl in october, Hannukkah Classic in December, Passover Bash in April and Summer Splash in July) at the Maccabi Tel-Aviv boxing club.  However, the IPWA closed for good in March 2014. 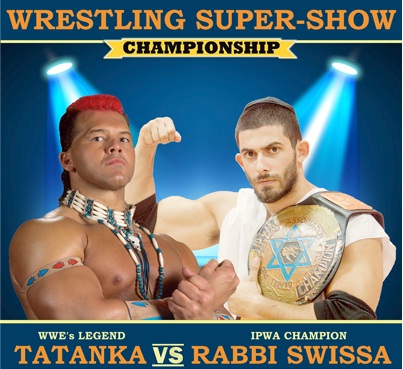 In August 2012, WWE Legend Tatanka came to Israel to wrestle Rabbi Swissa for the IPWA title in a nationally televised event and won it.