Home / WWE / 10 Things WWE Wants You To Forget About Goldberg

10 Things WWE Wants You To Forget About Goldberg 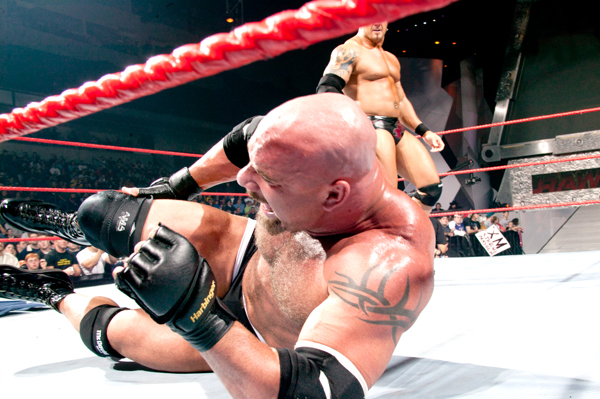 Even today, Bill Goldberg refuses to rule out a return to World Wrestling Entertainment. No concrete reports have come out of the company linking them with such a move, but fans have been wondering whether or not a WWE/Goldberg relationship would work in the modern era for years. It’s a testament to how big of an impact Goldberg made in such a short space of time, crashing onto the scene with World Championship Wrestling in 1997.

Eventually, Goldberg did make his way to WWE, but not until long after WCW had been consigned to the history books. His run under the rule of Vince McMahon was not as successful as his one from 1997-1999 in WCW. Admittedly, turning the guy heel was a mistake made by Eric Bischoff and Vince Russo in 2000, but it couldn’t come close to some of the baffling decision-making made during his WWE tenure.

This article focuses in on that 2003-2004 period, but also explores the WCW career of Bill Goldberg too. WWE have often had a strange relationship with Goldberg, something which extended to the period of time he actually worked for the company. Therefore, there are many things WWE would like pro wrestling fans to forget, all of which are featured on this list.