5 things to remember about Dusty 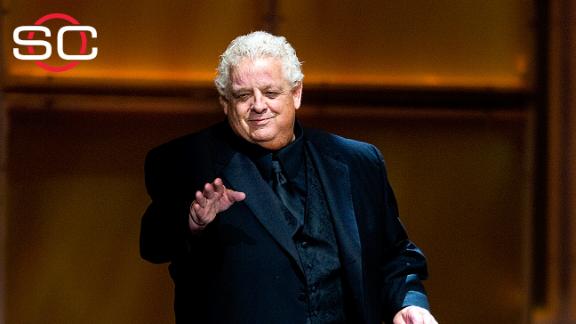 By BRIAN CAMPBELL via ESPN:

Famously billed as the son of a plumber, professional wrestler Dusty Rhodes, who died Thursday at the age of 69, left behind an indelible mark as sports entertainment’s most celebrated working-class hero.

Rhodes, whose real name was Virgil Runnels Jr., made a visceral connection with the common man that became the core of his on-screen character throughout nearly four decades inside the squared circle.

A three-time NWA champion best known for his feuds with Ric Flair in the 1980s, Rhodes went on to just as much success behind the scenes with WCW and WWE as a booker, road agent and producer.

Here are the five things pro wrestling fans will remember most about “The American Dream.”

If Rhodes isn’t in the conversation for the best to ever work the microphone, it’s a conversation not worth having. In the last days of when wrasslin’ was still real to many, Rhodes’ promos — seasoned with his trademark lisp and Southern drawl — were delivered with the passion and cadence of a Baptist preacher. None was more iconic than his October 1985 speech from Mid-Atlantic Wrestling simply titled “Hard Times.” In just over three minutes, Rhodes fully encapsulated every ounce of his charm by endearing himself to blue-collar mid-America. Telling chief rival Flair “there’s no honor among thieves,” Rhodes sympathized with laid-off textile and auto workers and promised to bring home a world title for the fans he loved.

2. He had a shape that was all his own

Rising to prominence in the era of steroids and bleached-blond hair, Rhodes was the rare top-end superstar who didn’t possess the hulking, bodybuilder physique. In fact, Dusty’s was quite the opposite, with his rotund belly and conspicuous red blotch on his right side. Rhodes’ figure was a huge key to his success at the box office as the ultimate sympathetic babyface. Chubby and loveable, Rhodes was never afraid to endure an incredible scripted beating in order to draw the most heat for his heel opponents. And when you draw more heat, you draw more money, which leads us to …

As the old saying goes, red equals green — as in cash money — and very few were as willing to blade themselves in order to escalate the drama of a match quite like Rhodes, who often found himself outnumbered in memorable skirmishes with The Four Horsemen. The grotesque scars on Rhodes’ forehead forever served as a badge of honor for years spent on top of the business.

4. He was repackaged in polka dots

Rhodes, whose sons Dustin and Cody carry on his legacy today as WWE superstars Goldust and Stardust, respectively, made his own WWE debut in 1989 with a surprising new look. After years working on top for enemy WCW, Rhodes’ new polka-dotted gimmick was thought by many to have been a humbling rib from WWE chief Vince McMahon. But to his credit, Rhodes took the ball and ran with it. With sidekick manager “Sweet” Sapphire by his side, Rhodes made the best of a gimmick many would have balked at by dancing his way through a series of memorable vignettes.

5. ‘The Dream’ has a wrestling term named after him

Like many pro wrestlers before and after him, Rhodes had a minor brush with Hollywood, landing mostly forgettable roles in 1974’s “The Wrestler,” 1982’s “Gold Raiders” and 1991’s “Paradise Park.” But he did the majority of his script work as a pro wrestling booker, most notably with WCW. It was there that the term “Dusty finish” was born. Tasked with deciding how the majority of matches would end, including his own, Rhodes often came up with the same conclusion: One wrestler appeared to score a victory only to have it reversed due to a rules technicality. Rhodes didn’t necessarily invent the finish, but he certainly wore it out to a point where it will be forever linked to his name.

Brian Campbell is a general editor for ESPN.com and a pro wrasslin’ historian. It’s still real to him, too.