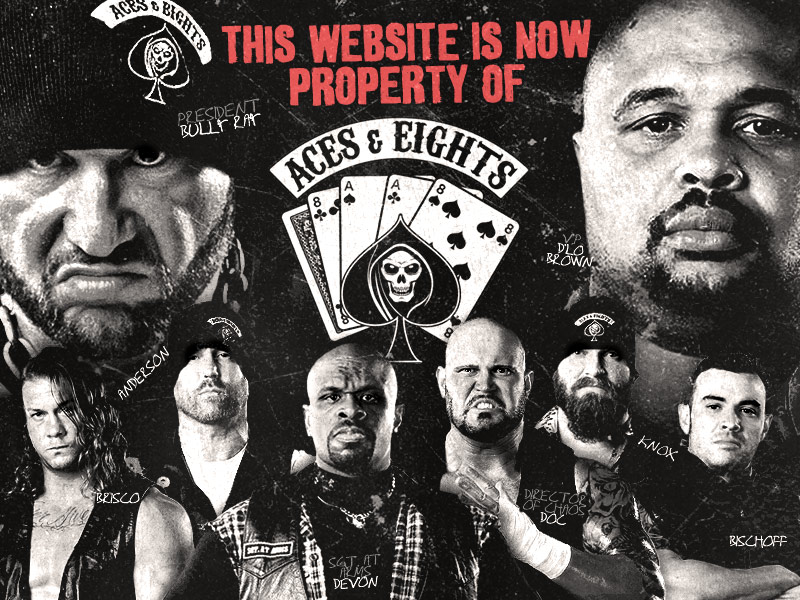 “All Work And No Play Makes The Aces Dull Boys” and the following “Memos From The Office of the Aces and 8s President”:

“A MEMO FROM THE OFFICE OF THE ACES AND EIGHTS PRESIDENT – MR. BULLY RAY I can’t get enough of watching my wedding to Brooke Hogan! What a dumb bitch!!!! Hey Hulk – thanks for paying for it all!!!!!! SUCKERS!!!!!!!”

“A MEMO FROM THE OFFICE OF THE ACES AND EIGHTS PRESIDENT – MR. BULLY RAY My dearest Brooke – KEEP CRYING!!!!!!! Insincerely yours, Bully Ray”

“Corbin, KY – we are coming for YOU tomorrow night! http://impactwrestlingtour.com/events/31513.html – ACES & EIGHTS.”

“We need more of OUR merch in this thing you call a store. Until then – these are the only products worth anything: http://shoptna.com/aces-eights.aspx”