“An experiece that lifted my spirits — and beliefs” – by Tommy Dreamer 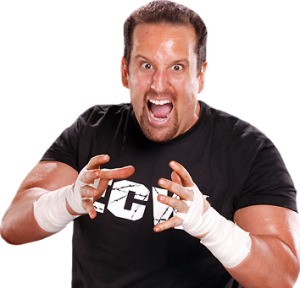 As you all know, I am still a very active professional wrestler. I tour the world every single weekend, having good matches and, most importantly, entertaining fans.

I consider myself a jack of all trades in life. I haven’t really grown up yet and I’m still trying to find myself after a full-time career in pro wrestling.

So far, I have opened my own wrestling school, started my own wrestling promotion, acted in some films, done radio broadcasts and am pursuing a career in broadcasting, started my own production company, became a columnist, began penning my biography, and continue help a friend with his construction company. You name it, I will do it — and to the best of my ability. Everyday is an adventure and I just keep plugging away until something sticks. I guess in many ways, I am still trying to entertain, but in different ways. Slowly but surely I want to change the world for the better.

As far as my production company goes, I have shot a few pilots, in hopes of selling them and having them air on TV. My latest adventure is quite a strange and amazing story.

Last Friday, I received a phone call from the former executive producer of Extreme Championship Wrestling, Ron Buffone, who is a dear friend of mine. He said “you have to meet me on Monday, I have our next TV show.”

We have the kind of friendship that when he says something, I do it. Our relationship is built on no lies and no BS, which may explain why none of our shows have been picked up yet. The TV industry is quite taxing on the brain, especially when you know you have a hit, but you need to prove it to others, who may have a different opinion.

I met up with Ron, and he proceeded to tell me the reason he didn’t tell me over the phone was because he didn’t want me to have any preconceptions or hesitations. He turned on his computer and I watched something he had filmed a week earlier. My initial reaction? I told him what he had just shown me was pure crap and a hoax.

What he showed me was video of a psychic medium cleansing an evil spirit.

Right away, I told him that I have my own religious beliefs and that I was raised Catholic, even though I don’t believe a lot of the current practices of the church hold true.

I am not writing about my own religious beliefs, nor do I feel any religion is better than the next. Personally, I believe in a higher power and am thankful to God for the life I have been given. Quite simply, I feel that there are forces beyond anyone’s control and that we are all along for the ride. That’s why I live life to the fullest.

Having said that, I am a believer in supernatural forces. I have seen ghosts and spirits. As such, I try to keep an open mind to anything. Hell, coming from wrestling, it is second nature for me to try to figure out a person’s angle or whether they are trying to put one over on me.

When it comes to psychic mediums, I have never searched one out or felt I needed to go see one. In fact, I feel many are in it solely for the money, or as the Bible would say, false prophets (see, 16 years of Catholic schooling and at 41 years old, I have finally found a place to use it in conversation — Testify ha-ha).

Having said that, I also do feel that some mediums are legit and can indeed talk to spirits, but I feel doing so could be opening doors to things that could be evil, which I so don’t want any part of. Then again, I worked behind the scenes with Paul Heyman (ECW) Vince McMahon (WWE) and Eric Bischoff (TNA) — talk about seeing the devil’s work … you have no clue (my biography plug right there, ha-ha).

I had seen the video, but I needed to witness this first-hand.

So we drove, making small talk about how successful my House of Hardcore show was. Ron asked if any of the wrestlers were problematic, to which I answered no. I did tell him that I was concerned over cocaine use coming back, which is absurd to me. I have never done it. I feel people should learn from the eighties. It’s just dumb to me. I do not judge — just never was my thing.

As we approached our destination, I was nervous — the kind of nervous you might experience when you are about to go into a haunted mansion and you find yourself in pitch-black darkness. As a man, you cover your private parts and slowly walk in the dark until you see the light.

In this case, I walked in the dark and the light was the heart-warming smile of the aforementioned psychic medium, Rita. I was instantly drawn to her and felt completely at ease. I had never met her and she had no idea who I was. She greeted me by telling me that I am blessed and surrounded by angels and that she has never met someone with such a high-powered, positive energy. I remember thinking to myself that maybe it was the Red Bull I had had … or what does this lady want? … or how much do I have to pay her? …

I told her my feelings on mediums and she responded by telling me that she, too, was Catholic and that her message was from God and by asking me to please sit down.

I sat. She asked me “How is your mother? You are worried about her.”

Shocker No. 1 right there. As my faithful readers know, my mom had a brain hemorrhage a few weeks back. I told Rita that my mom is OK. Rita began to tell me that my mom and her sister are fighting, which they are. She said my mom needs to relax and not get stressed or it will kill her. Lo and behold, my mom has high blood pressure, something else Rita could not have known.

At this point, Rita was, as Chris Jericho would say, breaking my walls down with regard to the whole psychic medium thing.

Rita then started snorting and rubbing her nose in disgust and said “I don’t know you or judge, but you are worried about cocaine.”

At this point, I needed ECW announcer Joey Styles to run in and scream “Oh my God!!” for shocker No. 2. I was now hooked.

Rita proceeded to tell me that I was worried and that I care for people and that I have helped a certain someone before, who needs help again or this person will die from an overdose and that there are spirits wanting to take this person from this Earth.

I sat for the next hour and listened to her tell me everything that no person could know about me, besides me. She even told me I was worried about my hair (to which I wanted to tell her it was the lack thereof that was the concern). Oh, it’s worth noting that the entire time I was with her, I was wearing a hat.

She told me that I cry in front of people because I have heart (um, hello! Any Dreamer promo ever!).

When it was over, she fed me, so naturally, I like her even more. For those wondering, I didn’t speak to my late dad or any of my late wrestling friends.

Rita told me she just wants to help people with her gift and that it’s not about money. She even offered to donate any money she makes to the St. Jude Children’s Research Hospital.

After meeting Rita, I felt alive and that I have a new mission in life. The last thing she said to me was this: “You have changed the world before and you are going to do it again.”

Since that day, I have also witnessed things with her that are both freaky and life-changing, but those are for future columns and, with any luck, TV episodes. If you have seen the movie The Green Mile, you can relate. I really feel that this woman has a gift from a higher power, or God. Strangely, I feel like I have known her forever and I have begun my quest with this column.

I haven’t change my religious beliefs nor am I trying to change yours. I just wanted to share my experience and express my belief in Rita and her gift. I have never been more open-minded and it is my goal to show Rita’s gift to the world.

Tommy Dreamer is a legendary and influential pro wrestler and a father and husband who has worked for WWE, ECW and TNA. Follow him on Twitter — @THETOMMYDREAMER — and check out his website at www.thetommydreamer.com, through which he can be booked for personal appearances.