Home / WWE / AW reveals what led to his release

AW reveals what led to his release 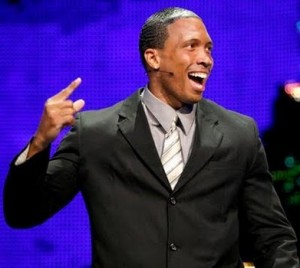 Former WWE personality Brian Jossie (AW) spoke to Connecticut’s CTPost on Monday about his departure from the company and revealed that a recent tweet about Linda McMahon is what led to him being fired. The tweet in question was:

“#AWPromotion$ says vote for Linda McMahon!!! The PTP’z support Linda and so should you! #voteordie4Linda”

AW told the CT, post, “That’s how they show support for their employees who want to support Linda. They fire them. That’s complete bull(expletive).”

Shortly after AW’s endorsement of Linda’s campaign, a WWE spokesperson sent out a statement that “WWE is a non-partisan organization. Superstars as well as employees are free to support any political party or candidate they choose.”

AW said that he was punished for referencing Linda’s campaign, which he didn’t realize was off limits. “For some reason they don’t want to associate [Linda] with anything to do with wrestling because it’s in the past. Vince doesn’t want any association with her campaign. They told me it’s two totally different entities, which I didn’t know. I thought I was doing a good thing.”

His recent Kobe Bryan rape joke on Monday Night RAW might have been in bad taste, but AW says he could have said way worse and WWE’s own track record of edgy content speaks for itself. “If I had made a Jerry Sandusky or a Colorado shooting joke, okay, fire me right there,” Jossie said. “WWE put a convicted rapist in the Hall of Fame (referring to Mike Tyson).”

He added, “I don’t hate the WWE. I love the company. But the way the politics are with her campaign, it screwed me.”

Check out the Forum thread at: http://forums.onlineworldofwrestling.com/showthread.php/19818-AW-reveals-what-led-to-his-release

QUESTION:  Did the WWE do the right thing here?