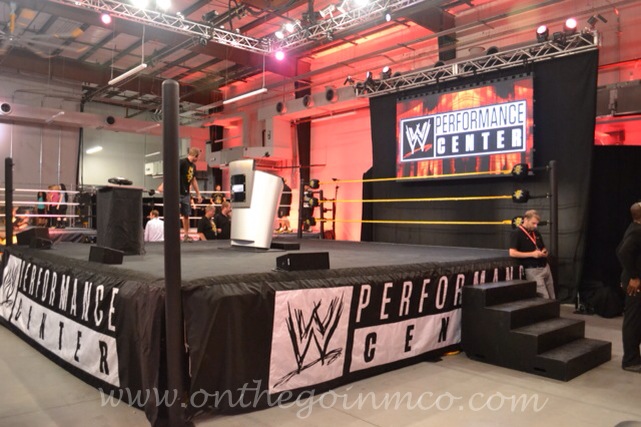 MY WWE EXPERIENCE by Matt Dawson

Incredible experience, but the most difficult thing I have EVER done, as far as athletics go.

I arrived in Orlando on Wednesday evening.  Met my roommate and several others who were attending the camp at the car rental place inside the airport.  We got our car and headed back to the hotel to unpack.  Several of us then went out to eat, and turned in pretty early, as we knew we were about to go through hell.

Hell just might be an understatement.  We arrived to the WWE Performance Center at 7:30am, as we did not want to be late for the 8am start time.  We checked in and immediately had full physicals to ensure we were all healthy enough for the camp.  I measured in at 6? 2 3/4? and 282lbs.  I was the second largest athlete there.  There was somebody they brought in from Russia who was at least 6’4? and 320lbs.

There was 30 of us in total.  20 of the guys were experienced “professional” style wrestlers, who have been doing this type of wrestling for years and years (some as long as 10 years).  They were professional wrestlers from Japan, and various countries around Europe, as well as the US.  These are the people who have worked their entire lives and are 100% dedicated for the sole purpose of making it into the WWE.  Almost all of them have impressive amateur athletic backgrounds, from All State and All American amateur wrestlers, football, track and field and other athletic endeavors.  Several of them even majored in theater while in college for the sole purpose of trying to make it into the WWE.

I was extremely impressed with the coaches, as they knew ALL of us right when we walked in.  They definitely did their homework as they knew our entire athletic backgrounds and all of our previous experiences.  For all you wrestling fans, the coaches were Bill Demott, William Regal, Billy Gunn, Dean Malenko, Normal Smiley, Matt Bloom (Prince Albert) and several others.