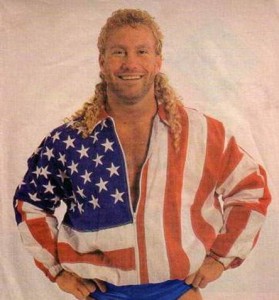 WWE is saddened to learn of the passing of Brad Armstrong, 51, one of four sons of “Bullet” Bob Armstrong. Brad Armstrong last participated in the ring for the ECW brand in 2006. WWE understands that Brad saw his physician last week for a medical issue and was found unresponsive this morning. WWE extends its sincerest condolences to the entire Armstrong family.

Brad was the brother of Road Dogg Jesse James, and the son of WWE hall of famer Bullet Bob Armstrong.

Our deepest condolences go out to the Armstrong family.

This thread is located at http://forums.onlineworldofwrestling.com/showthread.php/20363-Brad-Armstrong-Passes-Away-Aged-51