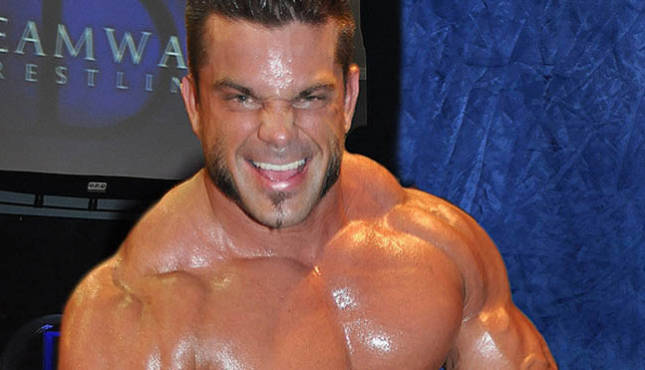 I had a chance to talk to Lucha Underground star Brian Cage before his match against Cedric Alexander at the upcoming Maryland Championship Wrestling “Homecoming” show in Glen Burnie this Friday, April 24. We talked about the rise of Lucha Underground, what makes it so appealing to fans, his time in WWE’s developmental and where else he’d like to wrestle.

While you’ve been wrestling for a while, I think it’s fair to say that you really took off when you joined Lucha Underground and were exposed to so many people. How did you get involved with them?

There was a tryout for AAA [the Mexican wrestling organization] in 2010. I performed there, and I smashed it, but it really went nowhere. I befriended Konnan, who was also friends with one of my friends, and former FCW trainer, Norman Smiley. He told me that something was coming to LA, an American version of AAA. It seemed great, and five years later, here we are. He gave me the heads-up when it was coming through, and I knew I wanted to be part of it.

What initially attracted you to AAA and made you try out with them?

I happened to be in LA at the time [they had the tryouts]. I didn’t even know they were happening, I heard about them right before and was like “Wait, what?” They’re one of the more-established organizations in the world, I don’t know why any wrestler wouldn’t want to go there. I’m not a one-dimensional wrestler, I can work different styles in different places, so I was all about it.

It’s awesome because it makes you feel like you need to help establish and build something from the ground up. You feel better if it’s more successful because you feel like you personally took part in what it becomes. I actually didn’t know what to expect going in. I knew there were some different feelings about what was going on, people didn’t know what was going on there. But after that first day I was there I was like “Oh my goodness, this is so much better than any major company I’ve been around.” From the way it was put together, to the matches, everything was a surprise. I was stoked.