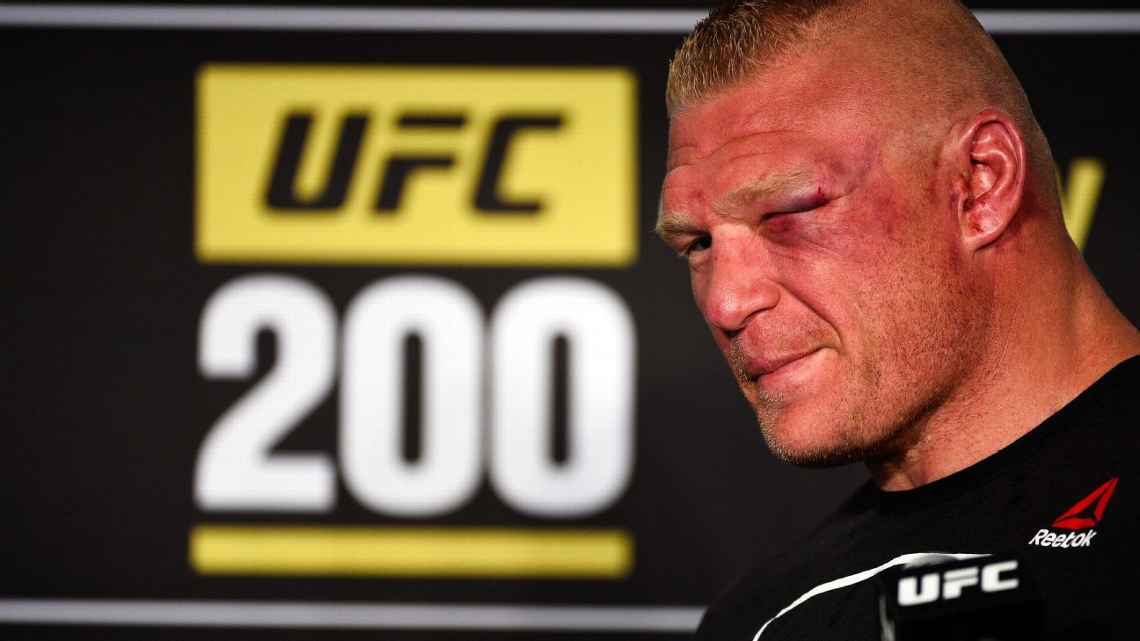 Former UFC heavyweight champion Brock Lesnar, who is currently suspended from competition, has informed the promotion that his professional fighting career is over.

UFC officials confirmed the news to ESPN.com on Tuesday following an initial report by MMAFighting.com.

The United States Anti-Doping Agency (USADA) also confirmed it was aware of Lesnar’s retirement. Because of the retirement, Lesnar is no longer included in USADA’s testing pool under the UFC’s anti-doping program.

Last month, Lesnar, 39, was handed a one-year suspension from the USADA because of a pair of failed drug tests in 2016. The Nevada State Athletic Commission also suspended Lesnar for one year. The suspensions do not affect his professional wrestling career in WWE.

Lesnar would have been eligible to return to active competition in July, but his USADA suspension freezes with this announcement. Should Lesnar (5-3) opt to resume his UFC career at any point, he would be required to fulfill the remaining five months of that suspension.