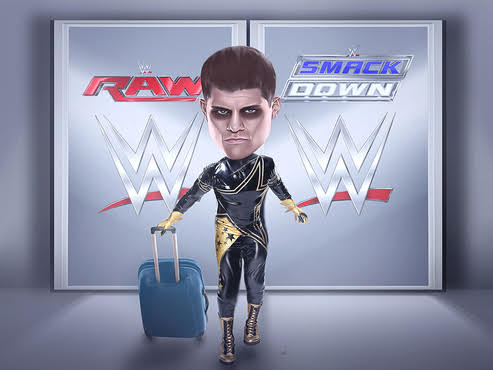 Cody Rhodes signed off on his WWE career for now, but not before writing a strongly worded open letter that pierced through Twitter like a Katana blade.

Jogging in place with a dead-end gimmick, Rhodes was not listed on Forbes’ recent top-ten list of WWE’s highest-paid wrestlers, and with limited television and pay-per-view appearances, he was likely far from it.

In a letter that ranged from sentimental to scathing, Rhodes called out writers on Raw and SmackDown for not taking him or his ideas seriously. He painted a picture, clearer than the one he wore on his face, of the Greensboro Coliseum. There, he stood in the same locker room as Ric Flair in 1983 prior to his famed “Flair for the Gold” world championship run.

Then he delivered potent parting shots aimed at writers “pretending to be like Brian Gewirtz [or] too busy hitting on developmental Divas.”

The already angry confines of social media didn’t do this letter justice. If this took the form of a promo Rhodes would immediately be the hottest wrestler this side of CM Punk.

Related Itemscody rhodes
← Previous Story 10 Masked Wrestlers Whose Identity Was No Secret
Next Story → Good Bye to the Greatest!