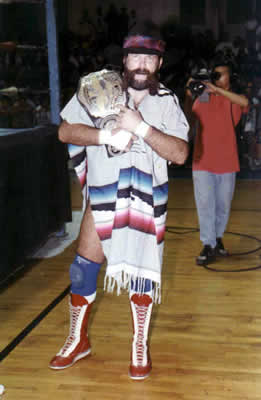 The group was joined by In This Very Ring’s SARAH DIAGEN to break down the WWE TLC PPV event, whether John Cena vs. Wade Barrett should have closed out the show and how each contributor would rescue the Kane character from his current limbo.  Monday Night Raw was also on the discussion board as each person professed their like of Daniel Bryan vs. William Regal and their differences of opinion on the John Cena/Dolph Ziggler/Vickie Guerrero promo. Sarah and her husband Ari’s podcast and blog can be found at www.inthisveryring.blogspot.com

The group returned to talk about last Thursday’s TNA iMPACT, the matches already set up for the Genesis 2011 PPV, news and notes regarding Samoa Joe’s re-signing with the promotion and what they hope comes from the promotion in the coming weeks. Alan gave some results and highlights from Saturday’s ROH Final Battle 2010 iPPV.

Our 100% free to the listeners’ interview guest for the evening was legendary wrestler and author “DIRTY” DUTCH MANTELL. Mr. Mantell was gracious with his time talking about his two books “World According to Dutch” and “Tales From A Dirt Road” plus his recent appearance on Kayfabe Commentaries critically praised Guest Booker DVD while taking questions from our listeners. We have already received numerous emails requesting another visit from Mr. Mantell in 2011.

Be sure to log onto www.dutchmantell.com and www.kayfabecommentaries.com for information about purchasing the items mentioned or to find out about the University of Dutch training camp in suburban Nashville. The soundtrack for the evening was from the Australian pop band INXS. Check out VH1 Classic for a special Behind the Music on the band’s late lead singer Michael Hutchence.

Spug & Mase have a new MMA podcast called “From Tapouts to Knockouts” which is also available for download.