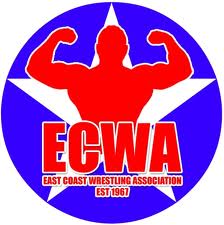 When current ECWA Heavyweight Champion and 2012 Super 8 Champion “Greek God” Papadon saved and then turned on TWA Heavyweight Champion “Heart Killer” Chris Wylde and the ECWA at WARGAMES on July 14th in Newark, Delaware, it only served to expedite the inevitable ECWA and TWA Title Unification Match!!! Papadon’s motivation, his ego and his insatiable desire to rule the ECWA with an iron fist is without question, while Wylde is not only seeking revenge, but now has possibly his last golden opportunity to prove himself and fulfill his dream of holding the OLDEST Heavyweight Championship in ALL of independent professional wrestling!!! Papadon will be celebrating his 560th day as ECWA Heavyweight Champion on Sept 15th. Will he make it to 561 days? Will Chris Wylde succeed where he failed back in July 2011 and where countless others including Tommaso Ciampa, Adam Cole, Tony Nese, Aden Chambers, Alex Reynolds, Johnny Silver, Kekoa the Flyin Hawaiian and so many more have failed? Will Wylde, a Delaware resident who as a teenager was an ECWA fan, fulfill his dream to become ECWA Heavyweight Champion? Be there for the 45th Anniversary Show – CHAMPIONS COLLIDE- ECWA & TWA Unification Title Match on Sept 15th in Newark, Delaware as “Greek God” Papadon (ECWA & 2012 Super 8 Champion) (20-0) takes on “Heart Killer” Chris Wylde (TWA Champion) (15-6)!!! For tix call 609.220.5598. “ECWA …become a fan all over again!”

NAPALM BOMB vs. CUJO the Hellhound

**HOW YOU CAN BECOME A LUMBERJACK in the Callaway/Ooh La La vs. Tartaglia/Martinez Match

The Toss the Boss Lumberjack Match with Fans as Lumberjacks will have 16 fans randomly selected at the beginning of the Sept 15th show.

When you purchase your tix or pick up your advanced paid tix at the door that night you will be given the option to put your name in the hat. Doors open at 6PM. Be there early. Cut off for putting your name in is 7PM.

You have to be 18 years old and you have to sign a waiver.

Only one entry per person.

Again, names will be selected at bell time and those selected will report to the bleachers by the dressing rooms at intermission for instruction!