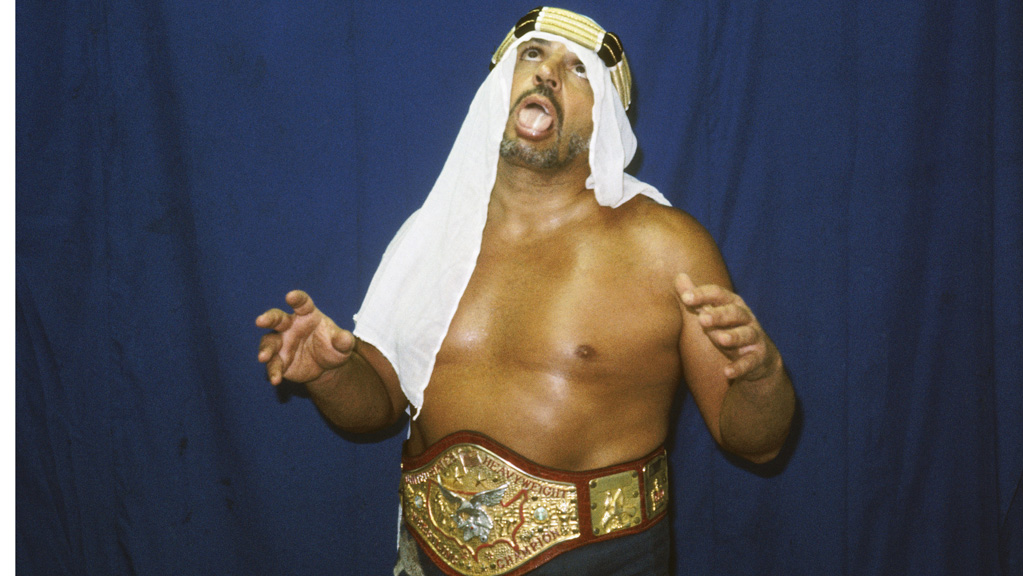 Battles Bouts & Brawls the Story of Pro Wrestling in Detroit and the Surrounding Areas Yesterday, Today& Beyond is a mouthful of a title. An Independent News Service Production by noted filmmaker and wrestling historian Mark Nowotarski, it is a loving and nostalgic ode to one of the all-time great territories.

Adding to the allure of the film is the plethora of great newspaper ads, photos inside the ring and behind the curtain, and even some rare audio promos from the likes of Abdullah Farouk (Ernie Roth/Grand Wizard), Bull Curry, Pampero Firpo and other greats.  Nowotarski’s analysis of the sociological aspects of its appeal to blue collar fans adds to our understanding of what made this a great wrestling territory. And the breakdown of perennial headliner The Sheik’s long-lasting drawing power is of particular interest.

Where the film works less well is in interviews at recent legends conventions where background noise at times makes hearing a Kevin Nash or Greg Valentine a struggle. In those cases, less would have been more. While some have criticized the film for including a few interviews with notables who were not regulars in the territory, I feel that by having “outsiders” you get a better sense of just how huge some of Detroit’s stars truly were. For example, I have the fondest memories of Ernie Ladd headlining MSG vs. Bruno during the same period he was headlining Cobo in Detroit and the Olympic in L.A. By including such references it broadens the appeal of the film beyond just the old school Detroit fans. Nowotarski smartly also includes current indies like Promotion XICW, making this more than just a nostalgia trip; impressively it is a half century plus overview.

A second DVD features multiple matches with such legends as Dick the Bruiser, Bulldog Don Kent, The Sheik vs. Bobo Brazil, Sabu vs. Too Cold Scorpio, The Fabulous Kangaroos (Al Costello and Mickey Doyle) Luis Martinez and others as well as such extras as “The State of Michigan Indies,” making this a great value. Battles, Bouts and Brawls: The Story of Pro-Wrestling in Detroit, the 2 DVD disc set is available at WWW.INSENT.NET Also available from the same director is The Sheik: Wrestling’s Greatest Villain.

Kudos to Mark Nowotarski for putting in the countless hours to complete a project of this magnitude. It deserves the support of wrestling fans who love and respect not only Detroit but the old territories and the many legends it covers. This is the true spirit of independent filmmaking- tackling a subject one loves on a shoestring budget and telling the story passionately.