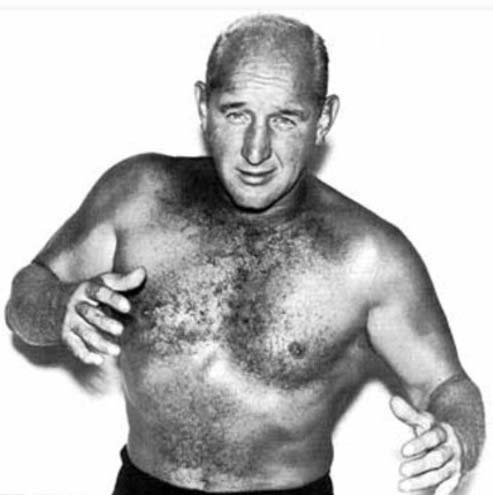 Dory Funk Sr. was wrestling ad shows in the carnivals earning ten dollars if he won and nothing if he lost. Funk, a former Hammond High Indiana State amateur wrestling champion now on the Indiana University wrestling team won all his matches but ten dollars every once in awhile was not enough to provide for his family.

The Spinning Toe Hold became the trademark finishing hold perfected only by the Funk Family and was the finishing hold I used in my most famous wrestling match of all, February 11, 1969 in winning the NWA World Championship from Gene Kiniski.

The Funk’s Spinning Toe Hold became so established in Japan that a music group, The Creations recorded an instrumental, “Spinning Toe Hold” that went to the top of the charts in Japan. Spinning Toe, by the Creations, is the music that will be played for my ring entrance on my upcoming trip to Japan culminating in my final wrestling match in Sumo Hall on March 1st 2008.

Now featured on our website a wrestling highlight video of my career set to the music of Spinning Toe Hold by the Creations.

A demonstration of exactly how to apply the Spinning Toe Hold is featured in our Funking Conservatory instructional DVD, The “Dory Funk Method” of professional wrestling.

Historical source for this story, my mother, Dorothy Funk Culver of Amarillo, Texas.