GUEST COLUMN: “Will Shawn Michaels Turn Heel at Hell in a Cell?” by Big Nasty 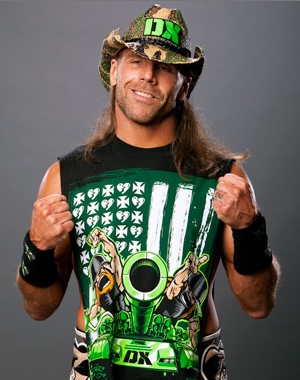 Editor’s note: This column originally appeared on www.bleacherreport.com and was written by Big Nasty.

WWE has more than subtly teased a possible Shawn Michaels heel turn at WWE Hell in a Cell given HBK’s ties to Triple H. HBK has vowed to remain a neutral party during the main event between Daniel Bryan and Randy Orton, where he will be a special guest referee.

WWE would be most safe keeping him as a babyface and putting the WWE Championship on Daniel Bryan. This will complete the extended hero’s journey for Bryan, while hopefully giving him a legitimate chance to carry a major championship.

On the other hand, the WWE product becomes more interesting with Shawn Michaels as a heel. The involvement of Shawn Michaels and Big Show in the current storyline has all the makings of an eventual swerve that sees The Authority balloon into a pseudo-corporation featuring Michaels, Triple H, Stephanie McMahon and possibly Big Show.

HBK as a heel could convolute a storyline that may have already worn out its welcome, but there is an equal chance that The Authority angle gains steam should Vince McMahon ultimately return to save the WWE.

Related Itemshbkhell in a cellshawn michaels
← Previous Story Glenn Jacobs (Kane) interviewed by Austin Petersen on “The Future of Liberty”
Next Story → WWE.com presents: Diva Day Off – Lounging With Layla