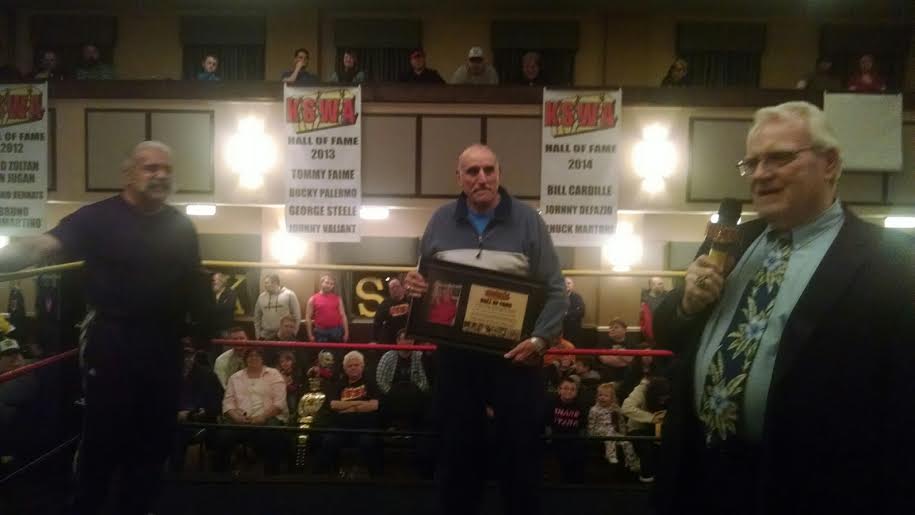 Before a packed Pittsburgh audience on Saturday March 28, 2015, James J. Dillon joined “Big Bully” Nick Busick as members of the Keystone State Wrestling Alliance (KSWA) Class of 2015 Hall of Fame. Busick was advertised as an inductee but it came as a surprise for Dillon, who had only been mentioned as a mentor for Shawn Blanchard in the Main Event.

DeNucci, from Venice, Italy, has called Freedom, Pennsylvania home for decades. The KSWA Hall of Fame only recognizes wrestlers and wrestling personalities who have either called Western Pennsylvania home and/or recognized the area as influential in their careers.

“This is a true surprise,” said Dillon upon his induction in the ceremony.