In his first championship match since leaving WWE, Jon Moxley has won gold. He defeated Juice Robinson at the Best of the Super Juniors Finals to win the IWGP United States Championship.

This was Juice’s fourth defense of the title after beating Cody Rhodes for it at Wrestle Kingdom 13. After a hard-hitting affair, Moxley pinned Robinson following the debut of his new finisher, the Death Rider. It is a high angle double arm DDT, almost similar to Dirty Deeds.

You can see how the title changed hands in the videos below: 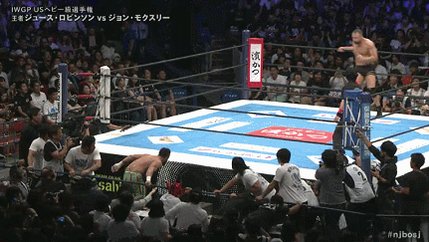