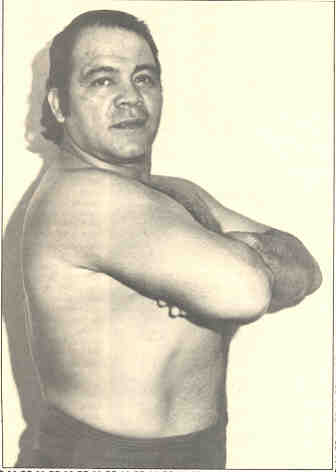 JOSE LOTHARIO DISCUSSES SENDING SHAWN MICHAELS TO WWF FOR THE FIRST TIME, SHAWN’S LEGENDARY STATUS, WHATEVER HAPPENED TO “WRESTLING”, AND MORE By WorldWrestlingInsanity.com

He’s the legend who created legends.  From Tully Blanchard to Gino Hernandez all the way to helping Shawn Michaels attain his boyhood dream and win the WWF title in 1996, Jose Lothario has done it all.  Now, one of the most respected names in wrestling history joins ClubWWI.com   for an interview with James Guttman that any fan of professional wrestling needs to hear.
–
Fans from many generations know Jose’s name immediately.  With a huge string of wins and titles to his name, the Supersock has carved a name into this business that will be there forever including his historic role at WrestleMania 12. Now, hear from the legendary trainer firsthand.  The latest discussion lasted 43 minutes and the huge list of topics can be found at: www.worldwrestlinginsanity.com

As one of wrestling’s most prolific trainers, Jose Lothario has seen the business change drastically through the years.  A common question that James Guttman hears from fans is about how much the in-ring product has changed.  He asks Lothario about it and it turns out that he hears that question too…

“Yeah.  You are absolutely right.  There are still lots of fans who see me in the movie theaters or the shopping centers or whatever.  ‘Hey!  Jose!  How are you doing?’ and all that.  They all start talking about wrestling.  They say, ‘Do you ever watch wrestling?’  I say, ‘Yeah, sometimes.’  The question for them to me right away is ‘Whatever happened to wrestling?’  I say, ‘What do you mean by that?’  They say, ‘We don’t see nothing but kicking and punching.  What happened to wrestling?’  You know, the way we used to do it before – a lot of wrestling, know what I mean?  Things change all the time.  I say, ‘That’s the way they do it now, so that’s the way it’s got to go.'”

Jose speaks about the differences today and how MMA is taking fans of pure wrestling from the industry, the style of training he used for stars like Shawn Michaels and the success it helped them achieve.  James asks him specifically about training young stars like HBK and whether they know what they’re getting into.  Jose explains to ClubWWI.com listeners that it takes more than a few days to get a grip on what a student is capable of and how the route he took with a young Michaels proves that it’s important to have proper training.  It’s all about impressing the right people and making a name.

“I’m glad you mentioned it because that’s the reason I sent Shawn Michaels to New York (WWF) when he first started.  I sent him to Louisiana first.  I went to Bill Watts.  I said, ‘Bill, I’ve got a good kid and all this and that.’  He was very pleased.  Bill was very pleased.  He said, ‘You did a good job with this kid.’  Next thing I know, I got a call from Verne Gagne up in Minneapolis.  I said, ‘Well, I can send him there.  Let me talk to Shawn.’  So I sent Shawn to Minneapolis.  At that time, Pat Patterson was trying to help in New York and do the office work.  So I got a call from Pat Patterson who says, ‘Hey.  I understand you know Shawn Michaels.’  I said, ‘I know the guy?  I trained the guy!  What do you want?’  He says, ‘Can you send him to New York?’  I said, ‘Let me get in touch with him.’  So I got in touch with him and said, ‘OK.  I’m putting you in New York.  You’ll be fine.’  He says, ‘You kidding me?’  I said, ‘No.  I’m not.  You have to  go there and do what you’re doing right now.’ ”

Although fans remember Lothario for his WrestleMania XII appearance in Shawn’s corner for his epic Iron Man Match with Bret Hart, that was just the start of the climb up the mountain for The Heartbreak Kid.  Guttman brings up the talk of Michaels being considered the greatest of all time and asks Jose if he had any clue that the Rocker would go on to be as legendary as he ended up being…

“Yes I did!  Yes I sure did!  Because he listened to me.  He listened so good to me and just followed what I told him.  Take your time.  Don’t rush in.  I really did.  I could have seen it with all my three guys too (Kevin Von Erich, Tully Blanchard, Gino Hernandez), but the one who was more advanced was Shawn.”

When it came to Shawn’s historic retirement match against The Undertaker, fans were left amazed.  The two put on a great show and it further solidifies Jose’s point about what fans miss today.  As the ClubWWI.com interview continues, he explains why the match was one that fans remember…and one he wouldn’t switch off of television.