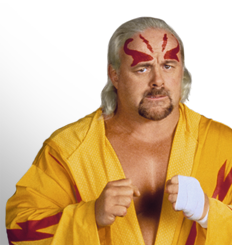 Wrestling legend and former WCW booker, Kevin Sullivan recently sat down with Steve and the Scum on WGD Weekly for a near two hour long interview. Kevin spoke about his entire run in the wrestling business from his initial start in the business and his in ring career, right up through his time working as the booker for World Championship Wrestling during the Monday Night Wars, and beyond.

Highlights of Sullivans’s interview on WGD Weekly included him discussing:

Chris Benoit, Eddie Guerrerro, Dean Malenko, and Perry Saturn jumping to WWF when he was named booker of WCW in January 2000: “…I think it might have been personal, it probably was personal. I just made on of them World Heavyweight Champion, and it takes a lot of balls to ask did Vicious to lose to a guy that is five foot six…but, they felt that I was going to do something, or they didn’t feel comfortable, or they got an offer from Vince…I really believe that it was either me or them, and the company stayed with me. If I was the guy running the company! I don’t know if I would’ve done that. I think it was a personal problem, but I didn’t take any problems at work personally. Plus, I knew they were the best talent that I had, why would you sh*t where you eat? I can dislike somebody, but when it’s business, put it aside…when you put the World belt on one of them and then the next week you are going to put the tag belts on them, I think I gave the olive branch as much as I could. I think they had made their minds up…plus, prior to me coming back I think they had their minds poisoned by the other two, Russo and Ferrara…”

The controversial “shoot” angle with Brian Pillman in 1996: “…One if the saddest moments for me was when I heard he passed away, because not only did we lose a great performer, we lost one of the greatest minds in the wrestling business…Brian came up to me one day, it was his idea. So we started having problems in the dressing room, he wouldn’t do what I wanted. Guys started coming up to me and saying, kick the sh*t out if him for me…he is a real pain in the ass. Then ten minutes later, I’d see the guy talking in the corner with Pillman. Brian and I would call each other later…we’d laugh about it. Finally it blew up…we were at Disney at the time, and Eric (Bischoff) had called a team meeting, and then Brian just went of the deep end. He started knocking Eric and me, so Eric told him to leave…We were so far away from a wrestling interview that everyone thought it had to be real…Here’s the funny thing, Pillman double crossed everybody. He called me and told me what he was going to do afterWards and I thought it was brilliant and I wasn’t going to turn him in…when he went to ECW, he was getting paid by us, because he was supposed to come back…we fired him, but he was still on payroll and he was getting paid by Paul E. then I heard this, that WWE was also paying him before he went up there. So, he was getting three paychecks. He was a brilliant mind and a brilliant worker…”

His relationship with and his thoughts on Vince Russo and Ed Ferrara when they were hired and came into WCW as the head writers: “…Did I work with them? No, I just sat there and listened to them. I was smart enough to understand what they were trying to do. I went to J.J. (Dillon) and I said, “Do you know what they are laying out?”…A cartoon series, they are going to try to sell a television series based on wrestling. He said, you’re right. Nobody could have been that stupid, and usually I’m more diplomatic than that…Did that stuff pertain to anything that had to do with wrestling? Burying Ric Flair in the desert? That wasn’t Freudian, burying him and leaving him and the young guys taking over?…I remember turning to Arn Anderson one day and saying, this isn’t even a bad independent…you take Goldberg and make him heel for no reason, then you take an actor and make him World Champion, then Russo becomes World Champion, and they knock Dusty about his ego, please. I just look at that era and say, wasn’t anybody paying attention to the farm?…”

Knowing almost two years before the formation of the nWo that he would plan to turn Hulk Hogan heel: “…Hogan came to me, and he said, can you get us there? I said, I can take you to the promised land, just give it to me. So, the Dungeon of Doom was created to relax Hulk. I was going another way, I was going to hardcore, the nWo came along later…but I knew to get Hulk’s trust I had to feed him characters like the ones he was used to beating in New York. People ask, why did you do that?…I did this on purpose so that Hulk could relax. In my head, I was turning him heel two years prior to when he did…I seen people, people started booing him, say your prayers, taking your vitamins and they started cramming it down. Then it just started getting worse and worse. So, the only thing I had to figure out, is I have to get this guys trust so I can switch home heel, but it’s going to take a long time…”

In addition, Sullivan also talked with Steve and the Scum further on each of the topics above as well as his breaking into the business and the differences between starting a career in wrestling today against when he first broke in, working as a “good guy” in WWWF and the influences Vince McMahon, Sr. would have on him, his move to Florida Championship Wrestling and his heel turn, the psychology behind his classic “evil” character, working with Jim Crockett Promotions, stories from the creative side of the business during the Jim Herd era in WCW, a classic rib he helped Jack and Gerry Brisco pull on a young Rick Martel, his recollections of Smoky Mountain Wrestling and Jim Cornette running the promotion, working both with and against Mick Foley and why Foley left WCW, the transition into being the booker at WCW, being thrust back into the booking position after the initial Russo/Ferrara three month run in WCW, the dying days of WCW and whether he feels the company could’ve been salvaged, thoughts on if a new wrestling company could survive in today’s world, his memories of many legendary performers including Dick Murdoch, Andre the Giant, Dutch Mantel, Terry Funk, Bruiser Brody, the original Sheik, Abdullah the Butcher, Mark Lewin, Paul Heyman, and others, the FCW cage match between Brody and Lex Luger, his thoughts on the Boston Red Sox and New York Yankees rivalry, and so much more

Related Itemshulk hogankevin sullivanwcwwwe
← Previous Story Mr. T to be inducted into the WWE Hall of Fame class of 2014
Next Story → WWE.com presents: “Everything you need to know about The Streak”