On last night’s AEW Dynamite, Kris Statlander defeated the number one contender, Hikaru Shida, by pinfall. After making a couple appearances on Dynamite and Dark, it was revealed Statlander has signed with AEW, according to Bleacher Report Senior Writer Jonathan Snowden.

After last night’s match, Brandi Rhodes and Awesome Kong came to the ring in an attempt to recruit Statlander to their group, Nightmare Collective. Statlander hesitated, but ultimately didn’t give her answer after a fan interrupted, wanting to become a pledge.

As first reported by Wrestling Inc., the fan was Chicago area wrestler, Melanie Cruise, who has also signed with AEW and will be making more appearances going forward. 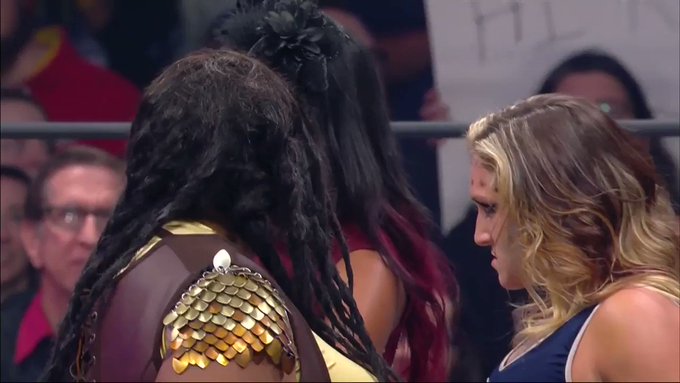 A ringside fan (who may or may not have been seen last night at Guido’s) is joining @TheBrandiRhodes and @MeanQueenK… What is going on here???#AEWDynamite pic.twitter.com/eLijfIpgfF 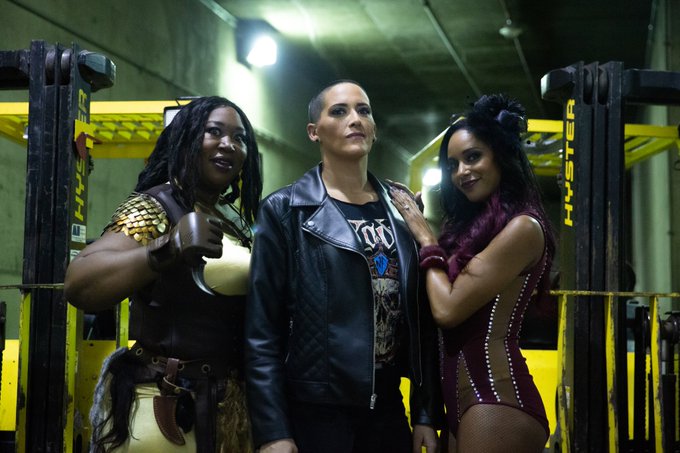 The “fan” is Chicago area wrestler, Melanie Cruise, and Wrestling Inc. can exclusively confirm she has signed with AEW, so this was not a one-off appearance for her.

Cruise made her wrestling debut in 2008 and has wrestled for RISE Wrestling, SHIMMER, and other promotions.