Home / Podcasts / Other Wrestling Podcasts / Was Lanny Poffo’s character supposed to be homosexual?

Was Lanny Poffo’s character supposed to be homosexual? 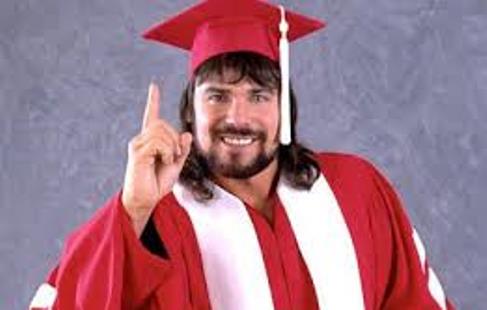 Lanny Poffo “The Genius” stopped by Under the Mat Radio to discuss his feelings on a few topics such as his brother Randy Savage not being in the Hall of Fame, Homosexuality, Mr. T’s Hall of Fame Speech and so much more!

You can listen to the full interview below; here are some of the highlights:

Lanny on if he could still entertain todays wrestling fans:

“The writers would probably give me something to read and then ruin my gimmick. I wrote my own poetry and I refuse to read somebody else poems. When you think about the old days people like Junkyard Dog, Roddy Piper, Hacksaw Jim Duggan, Randy Savage they had personality, you didn’t have to write for these people they were their personality.”

Lanny on the legacy of his Dad Angelo Poffo:

“My Father first made a name for himself back when he was in the Navy in 1945 July 4th he broke the world record for sit-ups. He was featured in Ripley’s Believe It or Not!  My father took that publicity and used that for his wrestling career.”

Lanny on Randy Savage telling them about his wishes of the whole family going in the Hall of Fame:

“It was the final birthday that we celebrated with my father…he lived to be 85 years old. We went to the Olive Garden in Largo, Florida and Randy mentioned the Hall of Fame for the first time that we heard of. Randy said how do you like that? The Von Erichs in the Hall of Fame even Chris all of them. What kind of a Hall of Fame is it that Chris (Von Erich) goes in and he’s not in for his first name he’s in for his last name. I think the Poffos are better than the Von Erichs and if anybody wants me in I’m not going in (the Hall of Fame) unless Angelo, Lanny, and Randy Savage go in together.”

Lanny Poffo also dealt with a caller thinking he was using the death of Randy Savage as a way to get more famous, Lanny also talks about his preparation for poems, his character being homosexual and much more in this exclusive 120-minute interview on Under the Mat Radio.