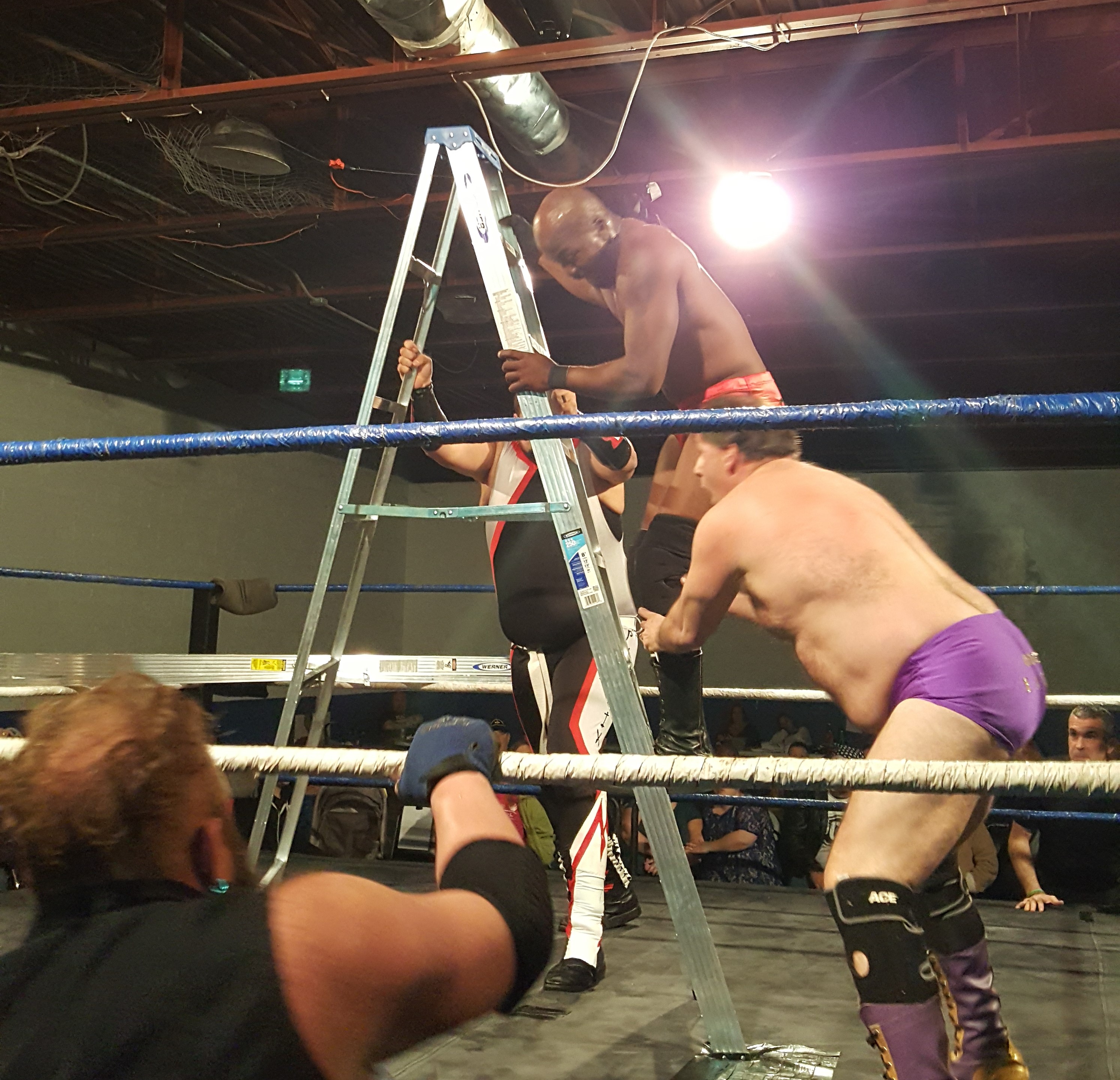 DCW presented a thrilling night of pro wrestling action with their “Titles, Ladders, and Toys For Tots” holiday show.  It featured 2 great ladder matches and title defenses by every DCW champion.  Full results are below, courtesy of Robbie Blizard.

Raymond Dauger beat Chris Wylde by pinfall to earn the final spot in the DCW “Stairway to Glory” ladder match.

The “World Famous” Mr. Ooh La La beat Joe Kerr, Travis Banks, Raymond Dauger, and Omega Phoenix in the “Stairway to Glory” ladder match to gain a contract for the DCW heavyweight title that he can cash in at any time.