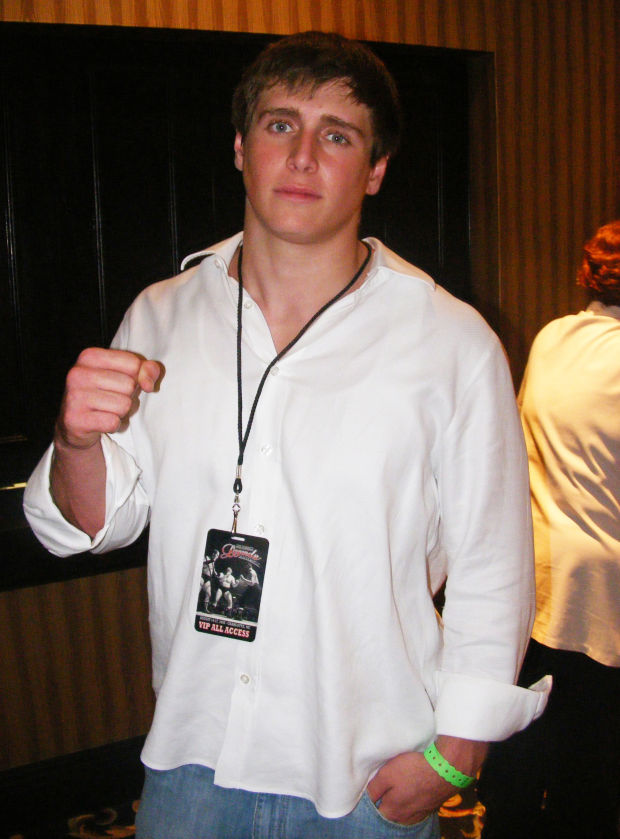 The man who trained “Nature Boy” Ric Flair‘s son for a career in pro wrestling says there were no signs of trouble the last time he was in the ring with him.

George South said he had a training session with Reid Fliehr in late January, just days before he debuted for All Japan Pro Wrestling and only two months before Fleihr, 25, was found dead in a Charlotte, N.C. hotel room Friday.

A picture of South in the ring with the three youngsters is now on top of South’s website as a tribute to his fallen student.

“I know people will write what they want to write, but he was really great kid,” South said about Fliehr in a phone interview with Newsday late Saturday night. “When you’re training them them you get close. When there’s nobody in the building but them and the ring, you get to know these kids.”

South acknowledges Fliehr’s past, which includes multiple arrests, culminating in a 2009 charge for heroin possession. But South said Fleihr trained regularly at his Charlotte facility for the last two years, and was around from time to time for years prior to that. He said Fliehr and South’s son, George Jr. — who also entered his father’s profession — traded text messages regularly.

“He [Fliehr] was as healthy as can be,” South said of the training session, later adding, “I know these guys inside-out. I like to think I’m like a dad to them. Reid would have said something to me [if something was wrong].”

Fliehr returned from a Japanese tour just days before his death. In a tweet dated Tuesday, he wrote, “Made it home but no time to rest. Already back to work. Always improving in one way or another.”

“It’s amazing how many people have come forward and said they wrestled Reid in his last match,” South said. And those are people who didn’t even know him. That’s why I’ve been giving interviews, to set the record straight.”