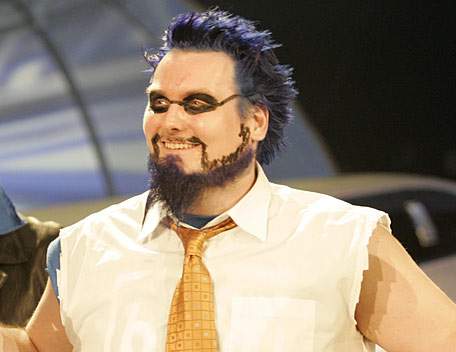 NWS In South River & Brick, NJ January 25th-26th With the Jersey J-Cup Tag-Team Tournament, plus Rikishi, The Blue Meanie, The Patriot and More

As that “other wrestling company” prepares for a big weekend in the tri-state area at the end of January, National Wrestling Superstars has plans of its own in New Jersey for that weekend, and that includes two gigantic shows January 25th & 26th, in two of its most popular New Jersey venues.

Taking the plunge in South River will be a host of tag-teams, as NWS will present the Second Annual Jersey J-Cup Tag-Team Tournament. Last year’s tournament was held nearby in Sayreville and drew a standing-room-only crowd. This year, the field includes the current NWS Tag-Team Champions The Psychedelic Studs (Ace Darling & Nicky Oceans), as well as area tag-team standouts such as The Wild Breed and The Gemini Trojans. In addition, a pair of former TV superstars will be teaming up, as former WWE & WCW star “America’s Hero” The Patriot will join forces with former ECW star The Blue Meanie. This awesome pairing will no doubt be a challenge to all the other teams. (Stay tuned as other teams will be announced in the coming weeks.) And if that wasn’t enough, an even bigger name (attached to a very big man) will be creating a rumble of his own in South River, as the one and only master of the “stinkface”, WWE mega-star Rikishi, will be shaking up the boards all over VFW Hall.

Saturday night January 26th, NWS returns to the Jersey Shore venue with a track record of selling out every single NWS show that has been there, the Brick, NJ Elks Lodge, 2491 Hooper Avenue (minutes from Route 70 and the Brick Plaza), with a 7:45pm bell time.

In the great tradition of groundbreaking events that NWS has brought to Brick, the fans will witness the first-ever Jersey-Shore Triple-Threat Tag-Team Tournament, featuring standouts such as the current NWS NWS Tag-Team Champions The Psychedelic Studs (Ace Darling & Nicky Oceans), as well as area tag-team standouts such as The Wild Breed and The Gemini Trojans, with more teams to be announced in the coming weeks. In addition to the tournament, the one and only former WWE monster and master of the “Stinkface”, Rikishi will be rumbling around the ring, looking to crush his next victim. Joining the big Samoan will be likes of former WWE & WCW star “America’s Hero” The Patriot, and former ECW stars The Blue Meanie, Julio Dinero, and “Dastardly Danny Doring.

Tickets for these not-to-be-missed events, which are selling out fast, are only $19 for adults and $17 for kids & seniors, and can be ordered by phone by calling NWS at 1-732-888-1704. All major credit cards are accepted, and group rates are available for groups of ten or more.

Keep reading this publication, as more superstars and matches will be announced in the coming weeks.