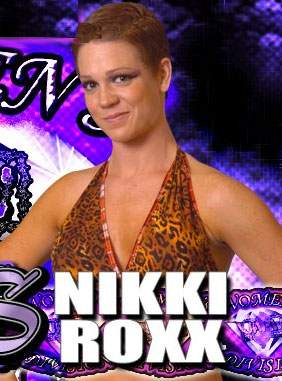 This annual classic is a one-night single elimination tournament featuring eight of the top ladies on the pro circuit today, and not only are a trophy and bragging rights at stake, but the winner automatically becomes the number-one contender to the WSU World Championship title, and is guaranteed a match with the champion later in the year.

And speaking of the WSU World Champion, the reigning title-holder “The Latina Sensation” Mercedes Martinez will not be sitting around waiting to see who the next contender will be; rather, she will have her own challenge to even remain as champion at the end of the night, as she defends her title against the current number-one contender, the undefeated Amber O’Neal.
And the men of NWS will also see ring time, including former ECW hardcore icon John “Balls” Mahoney, former NWS Cruiserweight Champion and Ocean Tonship favorite Mighty Mikey Pacifica, The Commandos, and more.
Plus just announced… there will be a special guest appearance by none other than former WWE World Heavyweight Champion and Hall-of-Famer The Iron Sheik.

All major charge cards are accepted, and group rates are available for groups of ten or more. Remaining seats, if any, will go on sale at the door one hour before bell time.