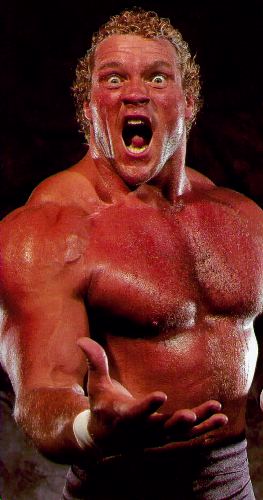 If you missed the Tuesday March 29th edition of the Online World of Wrestling Radio with host Alan Wojcik and several international contributors here are the highlights:

Our 100% free to listeners “WrestleMania Memories” guest was WWE and WCW World champion Sid Vicious who spoke about his career in the ring and his new film project River of Darkness which also stars Kurt Angle and Kevin Nash. Thanks to Green Apple Entertainment and Karen Brundage for their assistance.

The show shifted gears by breaking down each of the nine matches to be seen this Sunday at WrestleMania 27 in Atlanta, GA. Also discussed were the stunning termination of WWE producer Dave “Fit” Finlay and the “go home” edition of Monday Night RAW. The following personalities gave their predictions: Phil Strum, Scott Fishman, Graham Cawthon, Sarah & Ari Daigen, Kevin Scott, Spug & WTR listener Jersey Girl who is attending the mega-event.

Graham Cawthon’s excellent site is www.thehistoryofwwe.com , Phil’s blog “Under the Ring” is featured on www.poughkeepsiejournal.com Scott’s work can be seen on www.miamiherald.com the Daigen’s can be found at http://inthisveryring.blogspot.com while Kevin & Spug are regular contributors to OWW Radio and other Wild Talk Radio programming.

WTR and OWW remind you if you missed any of the previous WrestleMania Memories interviews featuring Brutus “the Barber” Beefcake, Jerry “the King” Lawler, Road Warrior Animal, George “the Animal” Steele, “the Genius” Lanny Poffo or Serena Deeb; you can download them now by following our archive links below to ClickWrestle On Demand or the iTunes Store. Did we mention IT’S FREE!!!

From Tapouts to Knockouts with Spug & Mase will take to the airwaves on nights the UFC and Strike Force hold events.