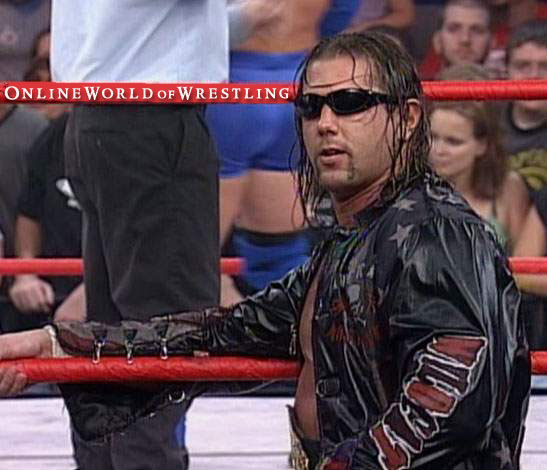 If you missed the Tuesday February 8th edition of the Online World of Wrestling Radio with host Alan Wojcik and contributors from Wrestle Talk Radio/Otaku Talk Radio’s Spug & Mase plus Scott Fishman of the Miami Herald, here are the highlights:

***The group recapped a busy TNA iMPACT which saw the reveal of THEY version 2 plus offered a preview of TNA’s Against All Odds PPV. The topic switched to a review of Monday Night Raw & Friday Night Smackdown which included a surprise appearance by Mr. McMahon, speculated on comments made by Edge at a Toronto house show teasing retirement, the addition of Booker T to Tough Enough 5.0, what they hope Kevin Nash’s role in WWE will be plus debated once more who is coming to Raw on 2.21.11. “The God of Internet Radio” Sir Rockin played some exclusive audio from a RAW commercial break that saw John Cena and CM Punk have a “Rap Battle.”

To read Anthony’s work be sure to log onto www.miamiherald.com with fellow columnists Jim Varsallone.

***After a break we were honored to have former NWA World Tag Team champion “Wildcat” Chris Harris who spent the entire 10pm hour talking with our panel and listeners about his time in TNA & WWE. Some of the topics broached included: his initial signing with TNA in 2002, the creation of America’s Most Wanted, memorable tag team matches including the steel cage wars with XXX & the Naturals, being part of two King of the Mountain matches, the still famous Team 3D Funeral, why AMW was broken up and what went wrong in WWE under the name of Braden Walker. The interview is already being touted as a best of the year candidate.

Chris is going to be part of ASW Florida’s BEST OF THE BEST on Saturday March 5th. Log onto www.aswflorida.com for ticket and event information.

***WTR and OWW remind you if you missed any of the previous WrestleMania Memories interviews with Brutus “the Barber” Beefcake, George “the Animal” Steele, “the Genius” Lanny Poffo or Serena Deeb; you can download them now by following our archive links below to ClickWrestle On Demand or the iTunes Store. Did we mention IT’S FREE!!!

Online World of Wrestling Radio is hosted by Alan Wojcik (http://alanwojcik.tripod.com  for credentials) with contributors from across the wrestling world and the most important people, listeners like you joining in the chat room and on the air!! No opinions are too outlandish (just no profanity please.)  The show airs Tuesday nights 9pm until we run out of stuff to talk about on the Wild Talk Radio network. The links to listen live can be found at www.owwradio.com and www.wildtalkradio.com .
We are all over Facebook! Search for Online World of Wrestling-OWW Radio and LIKE us! Be sure to check out all the other Online World of Wrestling pages too including Alan’s Facebook. Got a question for Alan, an opinion on the show or wrestling as a whole, write to [email protected]