Perry Saturn emerges from the shadows 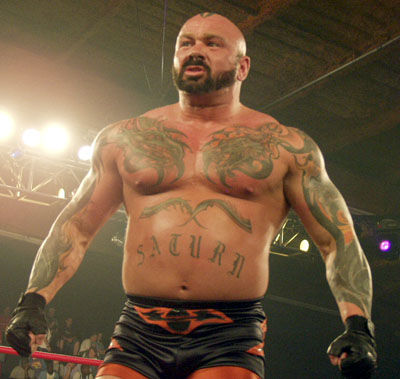 PERRY SATURN EMERGES FROM
THE SHADOWS FOR “YOUSHOOT”

Some guests of the popular “YouShoot” DVD series have found their way there by being lightning rods for controversy.  Others have been logical choices for their outspoken or outrageous nature.  But never before has a wrestling personality starred in a “YouShoot” for being…well, missing.

Such is the case as Kayfabe Commentaries, producers of the popular series, have today announced the submission lines are open for “YouShoot: Perry Saturn.”  Of course, Saturn’s wrestling career has plenty of highlights, having been trained by Killer Kowalski and making his biggest mark in ECW, then later WCW and WWE.  But Saturn became a frequent topic of discussion by seemingly vanishing into thin air.  And the more fans talked about it…the more they talked about it.  (And then they talked about it some more.)

Kayfabe Commentaries’ president Sean Oliver says it has the components of a public relations marvel.  “If the circumstances of Perry’s recent years weren’t so tragic, it would have been a brilliant way to create demand for himself,” Oliver said.  “His absence from not only television, but any kind of contact with pro wrestlers that he worked with in that brotherhood was mindboggling.  How could anyone once so famous become a zero-entity.  It was like he vaporized.  And his name became a hotly discussed and requested topic.”

Vaporize he didn’t.  And now he’s ready to return to the spotlight in the very home for the outrageous and outlandish…”YouShoot.”

Fans can submit their questions up until April 2 at www.kayfabecommentaries.com.

Related Items
← Previous Story The City of Brotherly Love (Philadelphia)
Next Story → AS I SEE IT: News on Japan & Indy