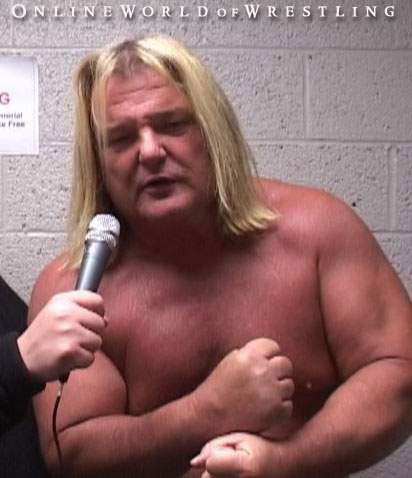 The great feuds in pro wrestling can now be relived as never before, via “My Side of the Story”, a new DVD series from the producers of the popular and critically acclaimed “Guest Booker” and “YouShoot” series. The first edition, which focuses on the Santana/Valentine feud for the WWE IC title, goes onsale today from KayfabeCommentaries.com.

The series will take both halves of a great wrestling feud and ask them separately to recount the same memories and recollections. Their reminiscinces are then edited beside each other’s on the DVD, creating a unique trip down memory lane, from two different perspectives. Then in the final segment of the disc, the two men are reunited to reflect on the feud together. Included with the disc is a 16-page commemorative booklet with all the facts and figures you could ever want about the feud.

Santana and Valentine sat down with the cameras to relive their wildly successful feud of 1984-85, which centered largely around a legit knee surgery that Tito Santana needed. From that, one of the sport’s great feuds was born. KayfabeCommentaries co-owner Sean Oliver says this series will be the definitive final word about wrestling’s great feuds.

“After watching the disc and reading the booklet included with the disc, I cannot imagine one single aspect of this feud for which the viewer will not have had all of their questions answered. From who booked the finishes of the title switches, to which wrestler bladed more and why, to all of the results of all of their matches together,” Oliver says. “This series will surpass all other ‘big league’ DVD releases which consist largely of revisionist history, simply for our honest presentation of the recollections straight from the horses’ mouths. If they remember something differently, it’s on the disc that way, right beside each other.”

“My Side of the Story: Greg/Tito” went onsale this morning at www.kayfabecommentaries.com. Visit the site to watch the trailer or order the DVD.