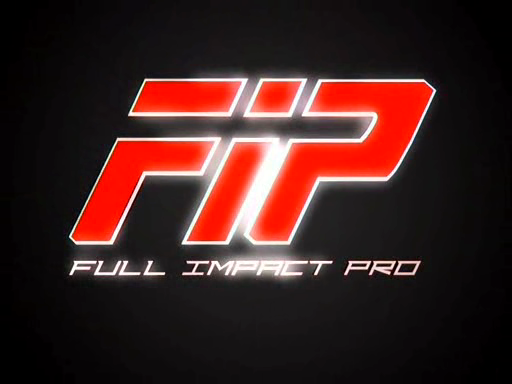 Full Impact Pro returns to live iPPV at WWNLive.com this weekend with a pair of events featuring upcoming talent, established stars and title matches from different promotions. We have a look at the lineups and then the new FIP Headlines explaining the $4.99 iPPV special at WWNLive.com. Let’s get to it….

– Plus Many More to be Added!

– Plus Many More to be Added!

FIP RETURNS THIS FRIDAY AND SATURDAY WITH $4.99 LIVE VIEWING ON WWNLIVE.COM!!!

The wait is over! Full Impact Pro is finally back with two stacked shows: This Friday, March 14th, FIP presents Everything Burns live from The Orpheum in Ybor City (1915 E. 7th Avenue, Ybor City, FL 33605) with a 9pm bell time. Then, on Saturday March 15th, FIP presents Ascension live from the Orlando Downtown Recreation Complex (363 North Parramore Avenue, Orlando, FL 32801) with an 8pm bell time. In honor of the fantastic year FIP has had since returning we are offering both of these iPPVs in HD on wwnlive.com as cheap as $4.99 each! A special offer like this won’t come often and remember,  when you purchase the on demand option you have the show to watch as many times  you want, whenever you want, in HD. Pre-order both shows now at www.WWNLive.com in HD!

RODERICK STRONG IS BACK

December 6, 2013 Roderick Strong returned to the WWN Family coming home at FIP presents In Full Force (http://wwnlive.com/event-fip-12-06-13.html). What started as an incredible showcase between Strong and Rich Swann turned into the two men uniting to win an  impromptu FIP Tag Team Championship match after outside interference in the match backfired on the offenders. After successfully defending their titles at FIP presents Violence Is The Answer, Roderick was injured and sidelined. As shown in FIP Extract (http://www.youtube.com/watch?v=8fFyuRGHgQw), Roderick Strong is returning to FIP this weekend! When Roddy enters an FIP ring he is the main event.

CZW CHAMPIONSHIP TO BE DEFENDED AT FIP!

You’ve heard the rumors and we can confirm that they are true. FIP and Combat Zone Wrestling officials have negotiated the defense of the CZW Heavyweight Championship in FIP. On Friday at FIP presents Everything Burns, CZW Heavyweight Champion Drew Gulak will defend his championship against “The British Messiah” Timothy Thatcher in what can only be expected to be a showcase of pure wrestling. Should Gulak be  successful, he will face the daunting challenge of one half of the FIP Tag Team  Champions, Roderick Strong, Saturday when FIP presents Ascension. This match has been described by many as an independent wrestling fans’ dream match up and we are bringing it to you live in Orlando or anywhere in the world on wwnlive.com with pricing starting at $4.99.

CLASH OF SHINE CHAMPIONS AT THE ORPHEUM

Since becoming the SHINE Champion, Ivelisse has successfully defended her championship against Su Yung at DGUSA presents Revolt! and against Mercedes at SHINE 17. Both  matches were encounters showing that Ivelisse will do everything it takes to retain her championship. Similarly, Leva has had some of the most unique, yet grueling match ups in SHINE. Fresh off becoming one half of the first ever SHINE Tag Team  Champions, The Lucha Sisters with Mia Yim, Leva is now getting an opportunity to win more gold when FIP presents Everything Burns. Neither champion has any intentions of losing so expect to see them give their all.

Wondering where FIP World Heavyweight Champion Trent Barreta or one half of the FIP Tag Team Champions Rich Swann are this weekend? They are representing the World Wrestling Network (WWN) at the westside Xtreme wrestling «wXw» 16 Carat Gold show and tournament in Oberhausen, Germany. The Dragon Gate USA Open The Freedom Gate  Champion Johnny Gargano and the newly crowned Dragon Gate Open The Dream Gate Champion Ricochet are also in action. When WWN says a champion is a WORLD champion we mean it!

In order to give the FIP faithful more background on CZW Heavyweight Champion Drew Gulak, we sat down with Drew to discuss his motivations for coming to FIP, his wrestling style and where his career has taken him thus far.

Q: Drew, we’ve seen you wrestle at EVOLVE and DGUSA events but this is your first time joining WWN for FIP. What are your goals as you enter the FIP roster?

A: At the stage I’m at in my career some people are looking to branch out and get seen in new markets. Being at places like EVOLVE and DGUSA have allowed me to do  that and at the same time I’ve been able to advance my career at home in Combat  Zone Wrestling by becoming a champion there. Nothing cements yourself like holding a title. I am coming for the FIP World Heavyweight Championship, plain and simple.

Q: For the FIP fans who are not familiar with Drew Gulak, what can you tell us about your background?

A: I am politically invested in the business of professional wrestling. I back it up with a strong amateur background in folkstlye and freestyle wrestling, judo, and was also trained in a technical form of lucha libre and have extensive experience with catch.

Q: What should the FIP faithful expect when Drew Gulak comes out from behind the  curtain?

A: Focus and leadership by example.

Q: You’ve had a nearly 9 year professional wrestling career. If forced to pick one moment or match, which would you consider your favorite?

A; Defeating MASADA for the CZW World Heavyweight Championship has been the high  point of my career thus far. He held the title for almost two years until he took his eye off the ball and ran into me.

Q: If you could face anyone on the independent scene today in any kind of match who would it be and why?

A: Ken Shamrock inside the Lion’s Den. I like to think I’m a tough guy. I’d want  to see how I’d measure up against a legendary tough guy. Word is he’s still in good shape.

Expect more updates throughout the week both here and on Twitter (@FIPofficial) heading into what should a very exciting weekend of wrestling at an insane value  for the quality of the product!