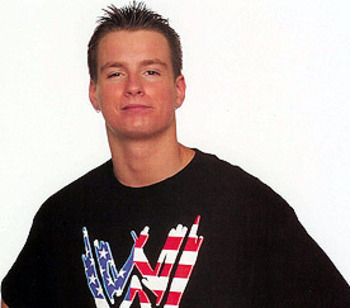 Sorgatron Media Announces an Interview with Zach Gowen
Zach Gowen Joins the Indy Mayhem Show for a Discussion of his Wrestling Career
Sorgatron Media, a multi-media company specializing in audio and video multimedia and production, announces an on-air interview with Zach Gowen.
Zach Gowen joins the Indy Mayhem Show crew for a discussion in conjunction with the upcoming DVD release of “Finding Zach Gowen: The Life Story of the World’s First One-Legged Wrestler.” Gowen discusses the loss of his leg at a young age from cancer. He outlines his rise to become a star in World Wrestling Entertainment (WWE) and talks about his life post-WWE. He also talked about his struggle with addiction and path to recovery – including a possible new era for professional wrestlers beating their addictions.
Zach gives a true behind-the-scenes look at the pressures involved with professional
wrestling when he started in the business in comparison to how things are now. He concluded his interview with a discussion of how he has inspired other wrestlers with physical disabilities.
The interview is available for download on various platforms, including iTunes, Stitcher, Spreaker, iHeart Radio, and YouTube.
For more information, visit www.wrestlingmayhemshow.com.
For media inquiries, call (412) 302-8390.
Related Itemswwezach gowen
← Previous Story LordsofPain.net is reporting that Sting has signed with the WWE
Next Story → Saying Good-bye to WrestleMania…and the Ultimate Warrior