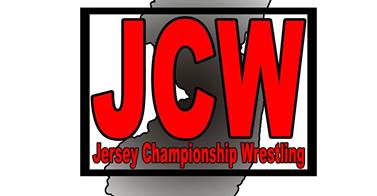 Word seems to be spreading that Jersey Championship Wrestling (JCW) is the place to be for professional wrestling legends to showcase their talents and meet their fans!  Coming off of a month that saw both Jake “The Snake” Roberts and Jerry “The King” Lawler in the JCW ring, we move forward to April with no fewer than seven legends and stars who are ready to thrill the New Jersey crowds!

The first event will take place in Brick, NJ on April 19th.  Hardcore wrestling icons Terry Funk and Tommy Dreamer will be in the house that night, so be prepared for a truly Extreme show!  In the main event of the evening, Funk will be in Dreamer’s corner for a rematch of a match that took place in June of last year in Oakland.  Dreamer will once again be facing “The Cold-Hearted Playa” Danny DeManto!  Their last meeting put JCW down one door and a ring bell, and it took guest commissioner and former New York Giants Super Bowl Champion Jay Alford to put an end to the match!

A second rematch is on the card as newly crowned JCW Tag Team Champion “The Zebra Kid” Joey Janela will look to add another belt to his collection as he once again tries to deal JCW Extreme Champion Bandido Jr his first loss in singles competition.  The Extreme Title is on the line, so anything not nailed down (and based on their last match, some things that are nailed down) will be fair game for these two!

In what is expected to be a less “extreme”, but certainly more flashy contest, “Bright Lights” Jarrett Foster and Steve Sterling, better known as Glitz & Glamour, will team up to face The American Muscle Sharks, Mark Modest and Mike Matixx.  Once the posing is done, these four will be putting on a clinic of high-energy technical maneuvers!

As always, tickets can also be purchased via the JCW website www.JerseyChampionshipWrestling.com and the ticket line at (201) 257-8621.

The following Saturday, April 26th, JCW will roll into Kenilworth with enough star power to put Orion to shame!  The legendary WWF/WWE tag team of Ax and Smash, Demolition will be locking horns with one very unfortunate pair of JCW stars that night!

Also in wrestling action that night will be D’Lo Brown going one-on-one against “The Dirty Daddy” Chris Dickinson.  After losing in the final match of the Jersey J-Cup Tag Team Tournament, you can be sure Dickinson will be looking to take out some frustration on the former WWF European and Intercontinental Champion!

Fans in Kenilworth will also see Pinkie Sanchez taking on “The Selfie Superstar” 2Hot Steve Scott, as well as Nicky Oceans against Chris D’Andrea.  In D’Andrea’s corner for that match will be former TNA Knockouts Tag Team Champion Rosita!  Appearances by TNA Knockouts Gail Kim and Velvet Sky, plus all of your favorite JCW stars will ensure there will not be a single moment you’ll want to miss!

The doors for this huge event will open at 6:45, and bell time is 7:45pm.  To guarantee your seats, you can buy tickets now at Proud Papa’s Pizza, MicroMax Computers, Crystal’s Barber Shop, and Union Land Farms, or by calling the JCW ticket line at (201) 257-8621 or by visiting www.JerseyChampionshipWrestling.com.  Card subject to change.