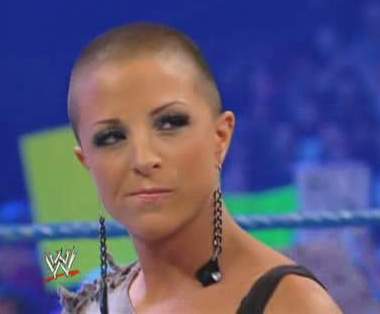 Host Alan Wojcik is joined weekly by national contributors like Jim Varsallone of the Miami Herald, Phil Strum of the Poughkeepsie Journal, Kevin K. Scott of Under the Ring, Sarah & Ari Daigen of “In This Very Ring” plus members of the Wild Talk Radio roster like Spug, Mase, Sir Rockin & Tim Stein. Plus the big boss of Online World of Wrestling, ClickWrestle, Diva-Dirt.com and Chickfight, the Executive Board Member at Cauliflower Alley Club Jason Deadrich will be stopping by from time to time.

Topics to be covered include: All of the news from WWE Monday Night Raw and Friday Night Smackdown as we get closer to the Royal Rumble PPV, the second member of the 2011 HOF, thoughts on the reunited Hardy Boys in TNA, Eric Bischoff’s recent rant on Twitter and the upcoming Independent shows across America including news on Wrestle Talk Radio’s exclusive interview with the legendary “Superstar” Billy Graham scheduled for this Sunday night.

Each week until we get to WrestleMania 27 in Atlanta, GA we will be going back in time for WrestleMania Memories. Each week we will talk about the previous 26 mega-events and hopefully talk with a superstar legend about their greatest PPV matches.  We’ll also open it up to our listeners who have attended a WrestleMania or maybe heading to Atlanta on April 3rd.

Week three of WrestleMania Memories will feature former WWE Diva and WrestleMania 26 participant Serena Deeb who will talk about her time in FCW and being brought up to Friday Night Smackdown, shaving her head on national TV, working with CM Punk & Luke Gallows in the Straight Edge Society and the rumors surrounding her release. Ms. Deeb will be on approximately 10:30pm.

This weekend WSU will hold the “Last Battle” event in Union City, NJ. The main event is a ladder match where the winner walks out a double champion. OWW Radio is honored to have BOTH participants in this dangerous match on our program: she got us nominated for a WRA for Female Interview of the Year, WSU World champion Mercedes Martinez!! Her opponent on Saturday will be the All Guts, No Glory champion Angel Orsini!! Log onto www.wsuwrestling.com to see the rundown of this excellent event!! Ms. Martinez will be on at 9pm sharp while Ms Orsini will follow at approximately 9:45pm.
Wrestling Radio Awards Nominations Announced!!

Online World of Wrestling Radio is honored to be nominated for 3 WRA awards. We were nominated under the following categories:

**2010 Media Interview of the Year with Steve Corino

**2010 Female Interview of the Year with Mercedes Martinez

Log onto www.wrestlingradioawards.com to vote. You can vote only once per day but each vote counts!

Our home network Wild Talk Radio is hosting its own awards program. http://wildtalkradio.com/wtrawards/ is where you can vote for best impression, fan of the year, best host, interview and show of the year. The awards will be handed out on February 5th.

You can listen LIVE on our website www.owwradio.com as well as www.wildtalkradio.com. Both sites offer an interactive CHAT room to join other listeners in liking or hating the show. Call the show LIVE, TOLL-FREE at 877-588-9877 Option #1. Remember we do accept any and all opinions! Skype users can call Sir Rockin who is our technical producer.

Check out our OFFICIAL Facebook page by LIKING Online World of Wrestling-OWW Radio and be sure to visit the other pages in the network.
Looking for a past show, then log onto www.clickwrestle.com/podcasts/owwradio. ClickWrestle Video On-Demand is also home to thousands of matches from around the globe.  In addition we can be found on iTunes at http://itunes.apple.com/us/podcast/oww-radio/id334739148?ign-mpt=uo%3D4. Best part it’s FREE!!