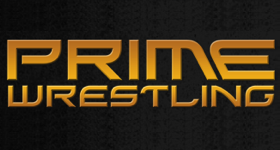 PRIME Wrestlelution 6, the biggest event in our calendar year, quite simply meant everything this year. Six years to the day after our first event, it was a battle for PRIME’s most important components, the PRIME Foundation, the men who built this great organization, to reclaim what was taken from them due to greed, evil and corruption.

The night kicked off with Match 1 in the Best of 3 Series to determine the PRIME Commissioner position, as Megalomaniac Rickey Shane Page did battle with PRIME Foundation member Bobby Beverly. Precautions were taken to keep this series as fair as possible, as 19-year WWE veteran referee Jimmy Korderas was assigned ringside to watch over the proceedings. However, even with the safeguards in place, The Megalomaniacs still found a way to manipulate the system. Commissioner Vic Travagliante’s appearance at ringside was problematic enough to draw the attention of both referees, allowing Page to connect with a low blow and pin Beverly to send the Megalomaniacs up 1-0.

Next, the would-be Megalomaniac Nicki Valentino ended his long-standing war with local media personality Chris Van Vliet by battling Chris’ hand-chosen opponent. Van Vliet introduced this man as someone who, while not in PRIME Wrestling for a long time, was certainly a rightful part of the PRIME Foundation motto… Josh Prohibition. Josh terrorized PRIME during its first two years of existence, and picked up right where he left off here, polishing off “Old School Muscle” with the Drunken Driver. After the match, Valentino still refused to shut his mouth, that is until Van Vliet laid out Nicki with a picture perfect variation of the Rock Bottom!

Match 2 in the Best of 3 Series saw PRIME TV Champion and the man who made the Megalomaniac plot happen Matthew Justice (w/Marti Belle) defend the PRIME TV Title against the man he broke a laptop over the head of on our last iPPV, “M-Dogg 20” Matt Cross in a match that very nearly saw a clean sweep from The Megalomaniacs. With again, both officials distracted, Justice clobbered Cross with the TV Title to score a cheap three-count. However, outside enforcer Jimmy Korderas, who had been arguing with Marti Belle, turned around in time to discover the infraction and informed in-ring referee Jake Clemons of the incident. The referees decided to re-start the battle and a re-energized Cross unleashed months of rage onto Justice. With the champion prone on the canvas, Cross scaled the turnbuckles to unleash his Shooting Star Press, but Marti Belle rushed into the ring to cover her man to protect him. This proved to backfire, as Cross took flight, crashing down
onto both, pinning Justice to win his first PRIME TV Title, evening the series at 1-1.

The third and final battle in the series had the grandest stakes, and the most chaotic circumstances, with Justin LaBar at ringside accompanying challenging team The Handicapped Heroes, Zach Gowen & Gregory Iron, Vic Travagliante accompanying PRIME Tag Team Champions Marion Fontaine & Jeremy Madrox, and Jimmy Korderas taking it upon himself to referee the match in-ring himself. The majority of the match saw Fontaine & Madrox isolating and punishing Iron until Gowen was finally tagged in to switch the tides. However, when Jimmy Korderas was incapacitated due to an intentional low blow from Fontaine, we saw the execution of The Megalomaniacs final plan of the day.

With the coast clear of officials, Vic waved out Rickey Shane Page & Matthew Justice, who swayed the odds to a 4-on-2 scenario. Matt Cross & Bobby Beverly emerged to help out their PRIME Foundation allies, but they too were swarmed by the extra numbers. Josh Prohibition shockingly joined into the fight, showing his allegiance to his fellow ex-rivals who built this company. Josh’s involvement was stunted by Nicki Valentino, throwing powder into Josh’s eyes and swaying the momentum back to The Megalomaniacs, FINALLY proving himself to them after all these months. Just then, Jason Bane returned for a near-year hiatus and went straight for the man who took him out in a parking lot assault, Rickey Shane Page. Perhaps the biggest Baneline ever sent Rickey practically spiraling onto his head, followed by Matt Cross throwing caution to the wind and diving on top of everyone still brawling at ringside. As the war continued toward the back, Vic’s involvement was
thwarted by LaBar in physical fashion, and the match resumed with The Handicapped Heroes capitalizing on the one thing they’ve wanted all along – a fair shot. With the odds back to even, The Heroes proved their superiority, claiming the PRIME Tag Team Titles & winning the series for the PRIME Foundation and re-instating Justin LaBar!

LaBar’s first act as Commissioner… something love overdue: the firing of Vic Travagliante. But it wasn’t done in traditional fashion. Vic was given a very non-corporate severance package, in the form of Gregory Iron’s former Tag Team Championship partner Hobo Joe, who gave Vic quite the “Pit Stop” before the ex-Commish was sent, crying and pleading, out the door never to be seen again.

The four-way elimination match featuring Facade, Gory, Louis Lyndon & Jimmy Jacobs had another surprise visitor… as Lyndon & Facade’s tempers escalated to one another throughout the match, it was clear their issues had grown far beyond title and pride. As the former Ninja Elite Squad was about to go to war, a chair in each of their hands, a third joined them. Flip Kendrick, the former third member of the NES until an injury sidelined him in early 2012, came from the back to attempt to reconcile the fighting partners. With ninja bandanas in hand, Flip was able to re-unite the two who proceeded to march into battle together. The problem there, while NES dealt with their internal business, Gory & Jacobs were both resting… and plotting. Eliminations by Gory on Facade and Jacobs on Lyndon left with the two most dark and brooding members remaining. Gory was able to prove he was, indeed, lower than SCUM by pinning Jacobs following Trepidation.

N8 Mattson, Benjamin Boone & Bobby Shields were able to follow-through on their promise to re-establish their dominance in PRIME, as the most decorated athlete, longest win streak, and leader of the most successful faction in PRIME history united to defeat the men who had scored upset wins over them previously this year – Bryan Castle, Jay Flash, and 19-year-old UK-based star Mark Andrews (Substituting for the injured Aiden Veil, who was at ringside). Team Castle no doubt proved their victories were more than flukes, but the veteran instincts of their rivals were able to win out on this night.

Paul London vs. Johnny Gargano was called a Dream Match and a Show-Stealer before either man stepped through the curtain, and the events that transpired over their 22-minute battle certainly lived up to those expectations. Gargano, determined to earn the right to stay in the title picture, took out many of his Megalomaniac-themed frustrations on London, however London showcased his resiliency and unmatched athleticism to meet Gargano move for move throughout the contest. Being dropped on his head early in the bout in a scary moment, coupled with suffering a deep gash on his leg after a twisting dive to the outside did little to deter the heart and desire of London to continue fighting for everything he had. After several intense near-falls, London tapped to the GargaNO Escape, ending an athletic masterpiece between two of the most passionate and dedicated athletes in the industry today. An emotional London gave his endorsement to Gargano after the match,
as the two embraced after a war both men could be proud of win or lose. Gargano no longer had the risk of losing the chance to ever compete for the PRIME Title again, and London, who was clearly here for the competition and challenge of facing Gargano far moreso than any Vic-inspired plot against Gargano, further solidified his place as an absolutely breathtaking athlete.

The main event saw PRIME Champion and “Embodiment of Evil” Krimson battle “The Man Beast” Rhino for the PRIME Championship in a match a year in the making. Both men assaulted one another with chairs, ladders, metallic sheets and garbage cans. Action spilled over the guardrails as well, as both men battled throughout the Ohio Nets Sports Complex. With Krimson compromised, Rhino looked to Gore the champion into a ladder propped into the corner of the ring, but the DWS leader moved at the last minute, and as Rhino crashed into the steel, Krimson rolled the ECW Original up to get a very lucky pinfall. However, Krimson’s night was not yet over.

New Commissioner Justin LaBar emerged with another ruling. At our last iPPV, new commissioner Vic had impromptu re-started the Krimson vs. Gargano main event in order to screw Gargano out of the title. Well, LaBar said there was one final wrong to be righted from the Megalomania era. LaBar was making an impromptu match between Krimson and Gargano… immediately! As Krimson tried to protest the ruling, he turned around directly into a GORE from Rhino. Gargano capitalized, dazing Krimson with a superkick, en route to pinning him to become the only 3-time PRIME Champion! Gargano celebrated, and was joined by the entire PRIME Foundation in a celebration of regaining what was theirs… the legacy, the passion, the past, the present, the future… their home. What followed was an outpouring of emotion, jubilation, and celebration that words cannot justify and must be witnessed to be truly appreciated. After a year of being held hostage… PRIME Wrestling can
hold its head up high with dignity.

Order the iPPV replay On Demand now and watch it whenever and as often as you want for one low price OR pre-order the DVD today to save 25%! Head to PRIMEwrestling.com and click on “iPPV” or “Store” for more details!