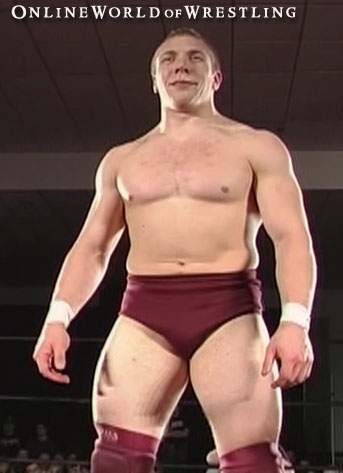 Granite Bay, CA – With the 2007 Battle of Los Angeles now behind us, Pro Wrestling Guerrilla is looking ahead to the future. In the future, besides flying cars, Gray’s Sports Almanac, and Jaws 19, is Pro Wrestling Guerrilla’s “Schadenfreude,” taking place on Sunday, October 14, 2007 in Van Nuys, CA at the Van Nuys Armory. Why all this talk about the future? Because in the here and now, the Pro Wrestling Guerrilla office Fairytale Football league is heating up, and frankly, everyone is distracted by it. In Week 4 action, Commissioner of Wrestling Dino Winwood’s “Moscow Dynamos” (4-0-0) defeated Commissioner of Food & Beverage Excalibur’s “Flaming Moes” (2-2-0) by a 10.93 point margin. This wouldn’t be news, except for the fact that Dino Winwood hasn’t touched his team since signing up for it, allowing the League’s auto draft feature to get him LaDainian Tomlinson, Randy Moss, and Terrell Owens. Meanwhile Excalibur poured hours into his pre-draft rankings and ended up with Carson Palmer, Calvin Johnson, and Number 2 Overall Fairytale Football Draft Pick Steven Jackson. If you know anything about football, you know that Steven Jackson has been having a tremendous year so far, and Excalibur hasn’t been spending 10 hours each day trying to find a new Running Back.

But after drawing sharp criticism for spending more time on imaginary football games than on the very real professional wrestling company, the staff at Pro Wrestling Guerrilla buckled down and hammered out a line-up for October 14’s “Schadenfreude.” What is “Schadenfreude,” you may ask? Well in the spirit of the upcoming “European Vacation II,” “Schadenfreude” is a German word best translated as “taking pleasure in another’s misery.” Which if you think about, pretty accurately describes being a fan of the sport of professional wrestling, no matter what language is spoken. So in honor of blood-thirsty wrestling fans around the world, Pro Wrestling Guerrilla’s “Schadenfreude” on October 14, 2007 at the Van Nuys Armory in Van Nuys, CA will feature:

— The 2007 Battle of Los Angeles featured 24 of the top professional wrestlers from around the world competing to be crowned the best wrestler in independent professional wrestling today. As the fans in Burbank witnessed, Dragon Gate superstar CIMA bested the field of 24 and came away from the tournament as the winner, but his night was not over after the final pinfall. Pro Wrestling Guerrilla World Champion “American Dragon” Bryan Danielson was waiting in the wings not only to congratulate CIMA, but to also offer him a shot at the Pro Wrestling Guerrilla title. Danielson claimed that winning the tournament was all well and good, but you can’t call yourself the best if you haven’t beaten the champion. Unfortunately, CIMA’s schedule did not allow him to return to Southern California to fight for Danielson’s World Championship, so Commissioner Winwood has done the next best thing and offered Roderick Strong a shot at the title. Strong, who was defeated by CIMA in the final match of the 2007 Battle of Los Angeles, has an extensive history with Danielson, and plans to use that history to his advantage on October 14.

Unfortunately for Bryan Danielson, the injury to his orbital socket is no secret, and exploiting that is something Roderick Strong could also use in his attempt to win the Pro Wrestling Guerrilla World Championship. It is up to Danielson to not only prove that he is completely healed, but that he is also worthy of holding the title in the face of stiff competition. If Strong does walk away from “Schadenfreude” with the World Championship, then he would eventually be challenged by 2007 Battle of Los Angeles winner CIMA, and a victory there could completely avenge Roderick Strong’s loss in the tournament.

— After winning Pro Wrestling Guerrilla’s World Tag Team Championship at “Giant-Size Annual #4” with “Mr. Wrestling” Kevin Steen, El Generico was the World Champion and World Tag Team Champion for the second time in 2007. This double crown only lasted a matter of minutes, but it was a feeling that El Generico had missed since being stripped of the World Tag Team titles earlier in the year, and a feeling he sought to reclaim. While his hopes of singles wrestling glory were dashed by CIMA in the final round of the 2007 Battle of Los Angeles, El Generico’s team with Kevin Steen proved formidable as they defended the titles against Dragon Kid and Susumu Yokosuka. Because of that, El Generico vowed to put all of his tortilla-fueled energies in to making his third Tag Team title reign his most successful. That is, until Kevin Steen’s herniated disc in his neck put him on the sidelines for “Schadenfreude” on October 14. Now El Generico must turn his attention back to his singles wrestling career yet again, but will his concentration be intact as he faces Jack Evans, or will his tag team strategies prove too prevalent, and allow “The Prince of Parkland” to come away with a victory over the former World Champion?

1-on-1 Grudge Match
The Human Tornado vs. Chris Hero (with Candice LeRae)

— Chris Hero has never been a real crusader for battered women; if you asked him, it’s not right for a guy to smack around his gal, but Hero wasn’t exactly taking it to the streets with that message. Then, at the 2007 Battle of Los Angeles, Chris Hero saw something that made him, in scientific terms, flip out. After losing to CIMA in the opening round of the tournament, The Human Tornado took out his frustrations on Candice LeRae, who over the past few months seemed like nothing more than Tornado’s punching bag. This didn’t sit right with Chris Hero, who, without thinking, sprang into action and simultaneously defended Candice LeRae and sent a message to Human Tornado that this abuse will not continue. Tornado, using the “Don’t you tell me how to raise my kids” logic, was furious that anyone would attempt to tell him exactly how to flex his “pimp hand,” and decided Chris Hero must pay. Chris Hero, however, has heard every little detail of Candice’s mistreatment at the hands of Tornado, and Hero intends to make sure that Tornado pays tenfold for what he has done.