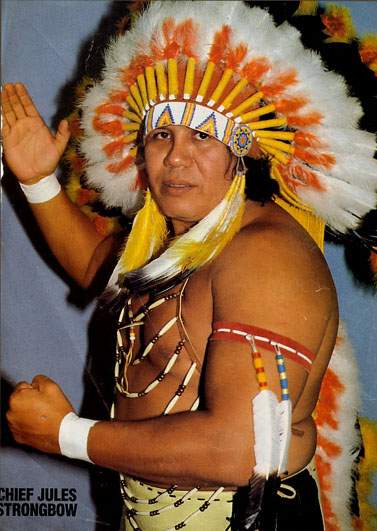 Andrew Lutzke wrote: His real name is Francis Huntington, not Frank Hill…. He broke in as a jobber in the AWA in 1976 and saw his 1st push around 1978 when Wahoo McDaniels did an angle that he trained with Frank and then took him to Japan for that year’s World League Tag Tournament…. Then in 1979 he worked in the Central States area and won the tag belts on July 19 1979 w/ Rufus R Jones – then in 1980 Francis worked the Los Angeles area briefly then went back to the Central States until he moved on to the Tri State Area