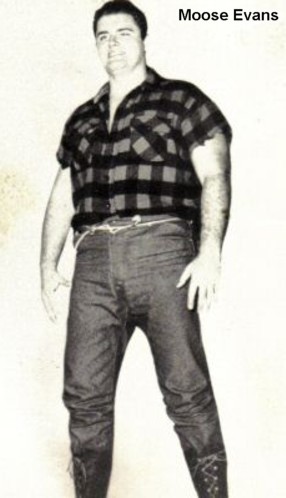 Anonymous wrote (June 2010): I learned today that one of my customers is the former Moose Evans. He prefers to keep his past a secret, but I wanted you to know he is alive and well, 73 years old.