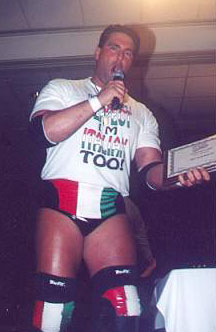 TheFeverV2 wrote: U totally left out that Tom Brandi worked for WCW as Johnny Gunn under the Bill Watts era 1992/early 93. He formed a team with Tom Zenk most notably and his finisher was a tilt a whirl bodyslam, yes it was as bad as it sounds. They were like a poor man’s strike force, even made a video to a cheap version of a ZZ Top song, no lyrics of course. They were groomed to be Sharp Dressed Men in the videos as they were shown fighting off ladies and trying on suits….argh