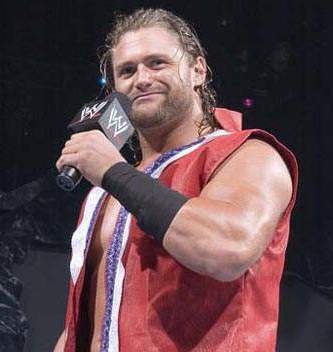 The Best Of Five Series between Teddy Hart and Jack Evans continues with Match #3 which is a special “TNA Dream Partner Tag Team Match” and will feature Teddy Hart teaming with The Amazing Red as they take on Jack Evans and Desmond Wolfe!

Recently released WWE Superstar Paul Birchill will be competing in his first post WWE wrestling match, and will be doing so against The TNA Heavyweight Champion “The Phenomenal” AJ Styles!

PWS Heavyweight Champion Butterbean will defend his Title against Reality Check’s Kevin Matthews whom will have the returning Alexa Thatcher in his corner.

International star Vampiro will be making a rare US appearance and he goes head to head with former ECW Heavyweight Champion Jerry Lynn in a First Time Ever Match. Vampiro will have the lovely Shelly Martinez by his side!

Also in First Time Ever Matches, fans will get to see WWE Legend Hacksaw Jim Duggan take on (The Original) Doink The Evil Clown ,  as well as First Time Ever Singles Action between top TNA star “The Pope” D’Angelo Dinero and “The Assassin” Dan Maff!

PWS is introducing a brand new Title , and five of our top stars will be competing to become the first ever PWS NY State Champion.  This action packed match will feature “The Dynamic Sensation” August Wright, Grim Reefer, Fala (whom will be managed by Wrestling Legend Ox Baker),  Danny Demanto, and former PWS Champion Trent Acid!

PWS Tag Titles will be on the line as the Champion Urban Legends (managed by Sony Records hip hop star Poison Pen) enter a 3 Team Street Fight with The Cowboys From Hell and The Buckout Road Ballers!

And if that’s not enough ladies for you … PWS will also be running our very first BIKINI CONTEST which will feature some of the hottest women in Pro Wrestling!

For more info and tickets please check out www.ProWrestlingSyndicate.com

But that’s not all…

Earlier that very same day .. in the same exact venue,  PWS will be running Pro Wrestling Fan Fest from 11am – 5pm , where fans can get to meet some of their favorite wrestling stars.   The 9 for $99 Super Ticket (includes admission, 1 autograph of each guest, and 1 photo-opp with each guest) includes Paul Birchill, Vampiro, Butterbean, AJ Styles, The Godfather, The Pope, Leticia Cline, Shelly Martinez, and Hacksaw Jim Duggan (replacing Sabu).

For more information and tickets for Pro Wrestling Fan Fest please head over to www.ProWrestlingFanFest.com