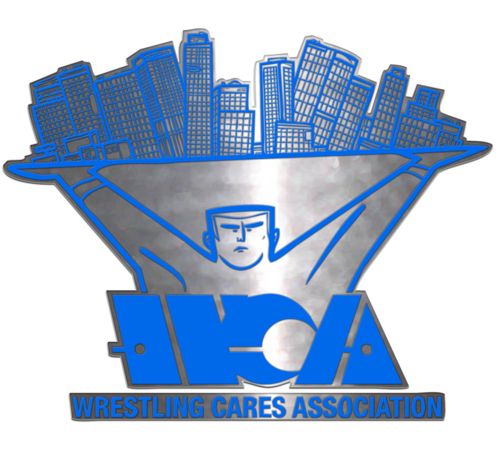 This is Draven Unscripted with a full recap of the Wrestling Cares show at the Sheraton Hotel in Los Angeles, Ca. The show was a packed house for this evening show as they have the next round in the Race of the Ring tournament. Larry Legend welcomes everyone to the show & introduces the host of the evening Former WWE Women’s champion Candice Michelle. She welcomes everyone to the show & Larry Legend brought out the entire roster for tonights show to introduce to the crowd.

The charity for this evening’s WCA show went to the Fernando Pullum Community Arts Center.

Now to the scoring, the matches 10-min. Ironman Match rules + the 3-min. sudden death overtime in case of a tie. Points are scored for every pinfall, submission & countout but if you’re DQ, then you lose a point. The only match that didn’t fall into the point system was the Matt hardy vs Shawn Daivari match but for all others including the womens match was under the Ironman rules & point system.

And now onto the show:

1:17 Gargano rolls up Younger in a small package to gain a point & win the match

Afterwards an upset Drake Younger takes the mic & says that DJ Hyde cost him his match & issues a challenge to Hyde in any type of match just as long as he settles the score.

BJ Whitmer is introduced to the fans as his scheduled opponent “The Greek God” Demetrius Papadon made his way out. Whitmer talked about his accident from 2 weeks ago & can’t compete but he introduced his replacement “Hollywood’s Own” Joey Ryan.

1:10 Papadon hits a Brainbuster on Ryan for the only point in the match

0:37 Riley hits a Cradle Shock pin from a Top Rope suplex by Thomas 3-1

Afterwards, Olivencia thanked Cole for a great match as well as the fans for attending. Cole thanked fans too & says He’s the best & will win the tournament.

3:53 Parks powerbombs Thatcher into the turnbuckles to gain the only pinfall 1-0

0:25 Anthony reverse a triangle choke from Gulak into a one arm powerbomb 3-2

Afterwards, Mack & Pearce shook hands only to have Mack splash water over Pearce. Adam Pearce grabs the mic & says, “Win if you can, Lose if you must but always make Willie mack the loser” & told the fans he doesn’t care what they think of him.

This evenings WCA show was another successful show bringing in a packed house to the sheraton hotel. The fans were very hot for the matches as they cheer/boo their favorite stars. Overall, everyone gave it their all & gave the fans a great night of wrestling. But as to my Matches of the night, as all the matches were great, these one hooked me the most:

All 3 matches were in a word “Intense”..they all worked well with each other delivering some great chemistry in the ring as well as great technical wrestling. I believe these matches gave the fans everything they wanted in a match & made them left happy this evening. Thank you to everyone at Wrestling cares for another wonderful evening of wrestling & looking forward to the next WCA event as they return back to the VFW in Gardena, Ca featuring the host of the next WCA..the scream queen herself Daffney on October 12th @7:30p.

For more photos from this event: https://www.facebook.com/socaluncensored/photos_albums

So until next time, this is Mike Draven…signing off.