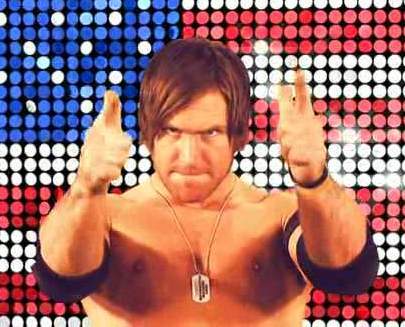 Chris Sabin stated in a recent interview with Busted Open satellite radio that he’s not worried or afraid for the future of TNA Wrestling.

“I am the TNA World Heavyweight Champion and I’m not worried. People have been saying they’ve been worried about the company, honestly, since I started. There has always been that little whisper in the background like, ‘Oh, no how much longer is it gonna last?’ That’s been going on since the beginning and you know what – it is still here today. So, even though I think this is maybe just another wave of little chatter, and that’s all it’s gonna be. I think the company will continue to thrive.”

Sabin then offers advice on what the company needs to do to be successful going forward.

“For it just to happen one time isn’t enough, you need to keep that, do that consistently. So, it’s like it was cool that I was a part of the show that did a good rating but I would really like to be a part of the wave that continues, and we consistently get that rating. And it wasn’t just me you know what I mean? I think that it was an X-Division themed show, I think that had a lot to do with it, too. And especially promoting the show as Destination X: free Pay-Per-View. I think that we just gave the fans lots of reasons to turn in. And hopefully that continues.”

Busted Open with Dave Lagreca and Doug Mortman is available on Sirius 92, XM 208.

This thread is located at http://forums.onlineworldofwrestling.com/showthread.php/22158-Chris-Sabin-Says-He-s-Not-Worried-About-the-Future-of-TNA

Related Itemschris sabintna
← Previous Story Mandatory.com created a meme gallery of The Rock from ‘Escape to Witch Mountain’
Next Story → Alex Goff’s PUNCH IN THE FACE