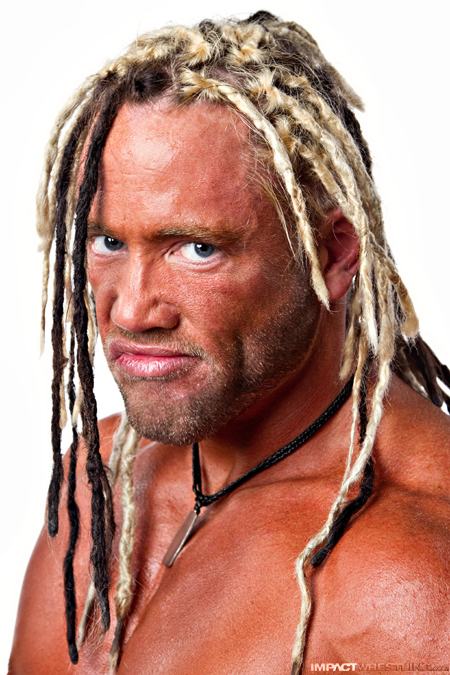 In his first interview since parting ways with TNA Wrestling in July, Christian York spoke to Chad Dukes of 106.7 The Fan in Washington, D.C., on a series of topics including his release, the state of his former employers, and various WWE stars. Highlights from the interview are as follows:

His release from TNA Wrestling: “It was the same time everyone else was getting released, they just called, I guess it was like July 2nd or 3rd or something, said ‘they gotta give you your release.’ I hadn’t heard back from them at all in a while, in May whenever I worked for them last, it was just, they had to let me go. They had to make budget cuts. When they have nothing that they can do for ya, they can’t fit you into the stories, you’re just sitting at home collecting a paycheck they’re gonna have to make a budget cut. That was just the way it was.”

“I don’t know if I’d say I didn’t get a fair shake, I don’t think I got to live up to the potential that I think I have. I think maybe in the beginning they were just testing the waters with me to see if I could get over. I really have no idea because I never got any feedback. I thought I was having some good matches with people, especially with Jeff and Bobby Roode, had some good stuff. Then all of the sudden you don’t show up for TV anymore, you’re just sitting at home collecting a paycheck. I was doing house shows and stuff but that was it. I was just grateful that they gave me a shot.”

The state of TNA Wrestling: “To be honest I think the company’s just trying to get through, so you have to make changes. WWE has to make changes with what they want to do the day of the show. You can’t just say this is how it’s going to be and six months from now this is how we’re going to get there, because things change. Guys get injuries, it’s ever changing. The guys sitting at home, everybody has the answers, right? The ones that don’t do it, everybody has the answers, and everybody thinks it’s easy, but it’s not. To try and run a company, that’s trying to do something that big, that’s not an easy thing to do. You have a lot of outside things going on, it’s not just about wrestling.”

Bobby Roode: “The guy I like, I like Bobby Roode. I think Bobby Roode is an awesome talent. I really do. I think he can have a good match with anybody and he gets the job done.”

Daniel Bryan: “I think he’s an inspiration for anybody trying to get there. I mean he’s what, 5’8″ and he doesn’t fit the mold like you said but I think pound for pound he’s the best wrestler in the world. He’s the best worker in the world. You can have him do anything and he’s gonna make it work.”

Bray Wyatt: “When the buzz started going around about it, I guess when he first started doing the gimmick, I checked it out on You Tube that was before he hit the big stage, it was just the FCW, NXT or whatever. I saw his promos and said, “This is cool. I like this. This is definitely fresh.” But I’ve been a fan of that guy’s work. I was a fan of him as when he was Husky Harris. I enjoy seeing a big guy like him, his build, his weight, that can just move like a freight train. But i think the character’s awesome. I hope there’s a lot of longevity in that.”