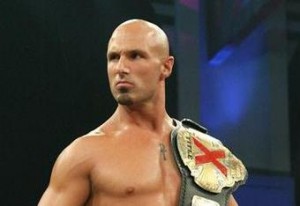 Some would dare to say wrestling is fake.

Tell that to Christopher Daniels’ torn ligaments, separated left shoulder and pinched nerves. The wrestling superstar has been in the business for nearly 20 years and is now looking at his 10th year with TNA, or Total Nonstop Action, Wrestling. The group of high-flying, fast-moving athletes who provide pulse-pounding ring action will visit the Mohegan Sun Arena at Casey Plaza on Sunday evening, bringing with them a chance for Daniels and his tag-team partner Frankie Kazarianto to defend their title of “World Tag Team Champions of the World.” No, that’s not redundant – they’re just that good.

Q: You’ve been involved with every major pro wrestling organization in the world, including WWE, WCW, ECW, Ring of Honor and New Japan Pro Wrestling. How does TNA differ?

A: It’s not super different from the rest, but we are there to offer an alternative to what the World Wrestling Federation has to offer. One major difference is that the WWF has been around for a very long time, and they’re certainly entrenched where they are. TNA is really only 10 years old, so we’re still a growing company, hungry to get to that higher level. We highlight the fact that our athletes aren’t really given any restrictions. When this first started we really went out there and took physical and mental risks to excite the crowd.

Q: Has the risk-taking ever resulted in major injuries for you?

A: I’ve landed on my neck and lost feeling in my arm for six weeks. I tore my ACL in my right leg. I separated my left shoulder. But I’ve worked through all those things. Even if you don’t sustain a catastrophic injury, though, just the wear and tear over the course of the years of experience and travel can get you down. There are days we walk into the building beat up from the feet up, but that’s part of the game.

Q: What’s kept you in the industry for so long?

A: I believe professional wrestling is something you really get into as a child. I grew up watching guys like Ric Flair, Dusty Rhodes and the Road Warriors, and they made such an impression on me. What keeps me going is remembering how I felt watching them as a kid and trying to duplicate that feeling for the fans. … There’s also the opportunity to let fans take some time away from their lives. Go through the catharsis of booing the bad guys and cheering the good guys. This is one of the most physical performance arts you’ll ever see. I consider myself a storyteller, an artist and athlete.

Q: You’ve told many stories through your former characters, who include Curry Man and the Fallen Angel. You now wrestle just as Christopher Daniels. What story does he have to tell?

A: He’s just a guy that believes he’s the center of attention, and he thinks he can do no wrong. He expects the fans and other wrestlers to recognize that fact, and if they don’t, well, he’ll go out of his way to prove it to them. He might do it in the ring; he might just go out and stir up some trouble.

Q: What can fans expect from this weekend’s show?

A: Any guys that want to challenge mine and Frankie’s championship are welcome to throw down. We’re not only the best tag-team in TNA but in professional wrestling, and I think a lot of fans would agree. I’ve had some great partners over the years, but right now Frankie is the best. We’re experiencing a level of success that I haven’t in a long time.