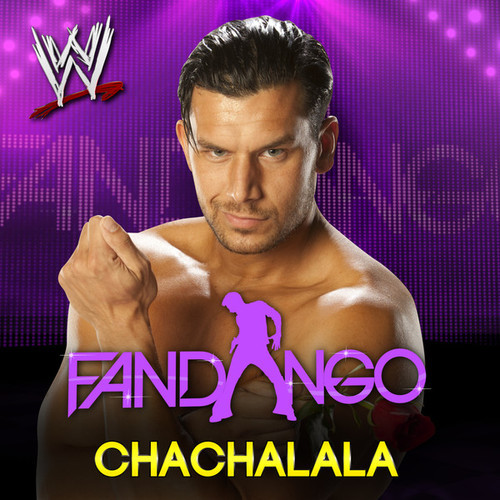 Johnny Curtis, the man behind WWE’s Fandango gimmick, recently spoke to CT.com to promote next week’s RAW. Here are some highlights:

I’m going to fast-forward ahead to when you finally got on the main roster in WWE after NXT. When you were doing the idioms gimmick with the spilled milk before Fandango came along, where’d you think your career in WWE was going?

I wasn’t really exactly sure where they were going with those vignettes. I was willing to do anything to get on TV. Obviously, I wouldn’t disagree or argue with any verbiage they’re going to give me for talking. Wasn’t exactly sure where that was going to go. I don’t if necessarily that was the way they wanted the vignettes to go. Obviously, they scratched it, and then I went back on the shelf for a little while [until] the Fandango thing.

The huge story with you nowadays is the phenomenon of everybody singing the theme music. What was your initial thoughts when it first happened when you were in the ring on that post-WrestleMania Raw in early April?

I almost started smiling when they were doing it just because that Monday Night Raw was unbelievable. For me being a wrestling fan, that was one of those crowds that kind of reminds me of the old ECW [Extreme Championship Wrestling] arena where the fans became part of the show. Anyone that got to go out there that Monday night after ‘Mania got to enjoy that crowd. First thought in my head was, ‘Oh, can we make some money off of this?’ That’s all I thought about honestly. We did the Europe tour right after that. The Raw after ‘Mania we went to Europe for two weeks on tour, and just the crowd reaction over there was unbelievable, so maybe I’m like the new Hasselhoff where I’m just big over in Europe. [Laughs]

When the Fandango character was first pitched to you, what terms was it pitched under? After a few weeks, a few months getting used to it, did it turn out to be what you expected or what was pitched to you in the first place?

Initially, Vince [McMahon] had an idea of a male stripper. We kind of did that in a few dark matches as simply Johnny Curtis. It was like a Dirty Dancing, kind of Swayze deal. I think they saw it and realized real quick that it’s a little risky. It was Fandango a little more sexy, a little not quite PG. Vince had an idea to do the ballroom thing, and I embraced it, man. Thing is, if you can play a hard character, a real complicated character like this or the Undertaker — anything that’s really far out there — I think you can make money with it if you really embrace it, you know what I’m saying? If you just go into it not really into it, people are going to see right through it and see just a guy playing a character [and] not really into it. I’m like, ‘This is an opportunity I’ve been waiting for 13, 14 years. I either gotta really embrace this thing or just go back to working for EWA in Maine making 50 bucks a night.’