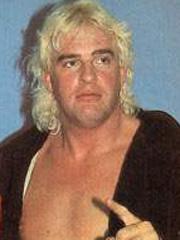 Former AWA tag team champion “Pretty Boy” Doug Somers appeared on The Undisputed Wrestling Show on Thursday, October 31.  Mr. Somers talked about his 45 year wrestling career including being on a ring crew at 8 years old, being trained by Harley Race, working with a young Shawn Michaels, experiencing amnesia and Parkinson’s Disease from concussions suffered in the ring, and what former NFL star Shawne Merriman will have to do to make it in professional wrestling.

When discussing his failed lawsuit against WWE for royalties connected to DVD sales, Mr. Somers said “I am refiling.  He (Vince McMahon) is not going to get away with it.  He bought my lawyer.”  “To be that conquerer in any business or any sport you have to be a low life son of a bitch.  And he (Vince McMahon) is.”

You can listen to the show here: