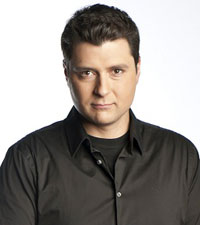 David Dexter reports that KayfabeKickout.com had the immense pleasure to speak with Arda Ocal, formerly of The Score Television Network. During the interview, Arda shared his thoughts on The Shield, his departure from The Score in April, his opinion on the greatest WrestleMania Match of all time and more.

Arda comments on wrestling fan’s comparisons between The Shield & the nWo.

“The big hook initially with the nWo was that they were invading WCW from another company. The Shield aren’t necessarily invading, in my opinion – they are carving their turf within WWE, and doing a great job. I’m interested in what they do on TV because not only are they fresh, but they have terrific long matches on TV that keep people’s interest. All three of them can be future champions – it’s a great core group and I hope it doesn’t grow too big, too fast.”

Arda shares his thoughts on his departure from The Score in April.

“When Rogers bought the Score, many of us were certainly concerned about our jobs, as with any takeover you never know what will happen. I’m proud of the fact that I thought of, created, produced and hosted a nationally televised WWE post game show that is still the highest rated in house produced program ever in the Score Television Network’s history. As well, people today still ask about the podcast Jimmy (Korderas) and I did. We just had a natural chemistry. I feel like I will take this opportunity to explore sports and lifestyle TV, we will see where my career takes me. Maybe I’ll follow in my old colleague Renee (Young)’s footsteps and knock on WWE’s door, who knows :)”

Arda’s thoughts on the greatest WrestleMania Match of all time.

“Hard to pick against Hogan and Andre because it’s the biggest match of all time (pardon the pun). The greatest match in the ring, bell to bell has to be Shawn Michaels vs Undertaker 1 at WrestleMania 25. Many call it the greatest wrestling match ever. It’s poetry inside the squared circle. Shawn Michaels told me in an interview once that driving home from Houston, he told his wife, “it will be hard to top that.. if my career ended after this one I’d be OK with it”. The rematch at 26 wasn’t too shabby either!”

Arda comments on whether or not blood is necessary in pro wrestling matches.

“Nigel McGuinness is championing a great cause about this subject – the need to remove “blading” from pro wrestling. Personally, I don’t miss it, and I’m fine with WWE not having any intentional blood in matches. It’s one of the parts of wrestling that’s the silliest to an outsider… “wait.. they take out a razor blade and cut themselves?” to many people that’s embarrassing.”