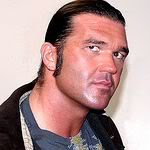 Former multi-time X Division Champion, multi-time Tag Team Champion and one half of “Bad Influence” ‘The Physical Fascination’ Frankie Kazarian joined “2012 Award Winning Best New Show” the Rack Thursday Night. In a nearly 20 minute interview, he discussed his upcoming three-way tag team championship match this weekend at the Lockdown PPV, what his favorite Lockdown memory is, if being part of Bad Influence is the most fun he’s had in wrestling, TNA going on the road and where he might want to go in the future, if he has a fond memory of the Impact Zone, his thoughts on the One Night Only events, his love for comics and comic fans including Spiderman and Iron Man, his feelings on the ‘imposter’ team of Roode and Aries, if he has his sights set on singles gold in the future and more.

His favorite Lockdown memory:  “Lockdown, to be honest, is not one of my favorite PPVs simply because it is a very brutal Pay-Per-View in the past. Anytime you are in a steel cage environment, it presents a lot of dangers and I’ve done a lot of different types of matches: I’ve done X-Division Escape style matches and I’ve done numerous Lethal Lockdown matches. I don’t know if I have a favorite, but the year that Fortune defeated Immortal, which I believe is 2011 at Lockdown, was a very successful year for Fortune as a group and individually and it was a great way to close out the show that night and bring an end to that feud, so I guess I’d have to go with that one. Coincidentally, it was right when Christopher Daniels returned to the company so it was great to have him back.”

If being in ‘Bad Influence’ is the most fun he’s ever had:  “Oh, absolutely; it’s F-U-N and what you see is what you get, you know? The good thing is it’s just us being us, it’s not us just trying to pretend or play somebody else; it’s just us being us. Everything we say, everything we do comes from our heads and we’ve been given a lot more creative freedom than in the past, which is awesome and we’re both very grateful for. Yeah, we’re absolutely having fun and it’s great to be doing this with Chris because I’ve known him the better part of 15 years and we’ve been very, very good friends; he’s been my best friend outside of the business so we obviously have a chemistry inside of the ring as well. Individually, we’ve both had a lot of success in TNA and now collectively, so it’s awesome and it’s a lot of fun. We always try to outdo whatever we’ve done in the past; we always try to one-up each other and I’ll be honest, he’s hard to keep up with. He’s so quick witted on the mic and in the ring, he can do such incredible things that I’m always trying to stay on an even keel with him, and even go a little above. But it’s awesome; I’m definitely having one of the most fun times in my career right now.”

What he thinks about TNA going on the road for Impact starting next week:  “Psyched. You know, being a guy that’s been here since day one, that was one of the goals, one of the huge, way far down the road goals that we had set out when we just a little tiny company, struggling every week in the Fairgrounds in Nashville at the Asylum. That was one of the ‘Wow, wouldn’t that be great if we had a television show?’ and then ‘Wouldn’t it be great if we had a weekly television show in primetime?’ and then it was ‘Wouldn’t it be great if we were on the road?’. That’s where we are right now, this dream has become a reality; not just for the company but us as individuals and us as performers. So I’m psyched! Nervous? Not at all, just psyched; just really, really excited to bring our brand of pro wrestling to the people and just to give them an alternative, you know?

These people in Orlando have been:  “I don’t know if they realize how lucky they’ve been to see the matches and the entertainment they’ve seen over the last nine years because we’ve given them some incredible stuff here in Orlando and it’s only fair that the rest of the country, and the rest of the world for that matter, get to see what the guys and gals of Impact can do. So, I’m psyched; it’s just super cool to be on the road and to be in different cities and to hear the hateful shouts from people in different cities, as opposed to just Orlando. These Orlando folk are getting a little bit stale, I want some new hate. I want to hear some new haters.”

If he has a fond memory of the Impact Zone:  “All joking aside, I could joke and say ‘I can’t wait to get out of here’ and part of that is true, but this place has been our home for many years and I have a lot of memories; good, bad and indifferent here. I’ve suffered a couple of bad injuries here, which is some of the bad memories, you know what though, just being here for the first time, walking into the building and wrestling one of the first ever matches in this building; winning numerous X-Division titles and wrestling main events and television main events and just going live for the first time; there’s just so many memories, it would be hard to condense it into just one. So, it’s a little bit bittersweet; I feel like the fans here to a certain extent have been spoiled but at the same time I know the do appreciate what we do but hopefully they see this as part of TNA’s growing process and this is what we have to do; the little bird has to leave the nest. So, the Impact Zone has been great, it’s been our home for nine years and it was a really cool wrestling venue. I think when it’s all said and done, the Impact Zone will be one of those like ECW Arena-like venues, the intimate venues that was known as a really cool place to see pro wrestling.”

You can follow Frankie Kazarian through his Twitter (@FrankieKazarian) for all the latest on his news and notes. You can also see Kazarian and his ‘Bad Influence’ partner Christopher Daniels weekly as part of TNA’s IMPACT Wrestling, Thursday Nights at 8 pm Eastern on Spike TV, check your local cable listings for channel availability and location. And, as always, you can follow Kazarian and all the stars of TNAIMPACT Wrestling though their Twitter (@ImpactWrestling) and their website (www.impactwrestling.com) for all the information on their weekly television programming and up to the minute news and matches listings for the upcoming “Lockdown” PPV this Sunday, March 10th, call your local cable provider for information and ordering details.

Audio of the interview is available here. Listen to “The Rack,” hosted by Lindsey Ward & Sir Rockin, live on Thursday nights at 11:00 p.m. on www.wildtalkradio.com and RackRadioShow.com.