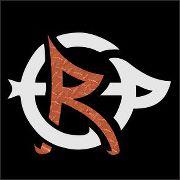 Surprise appearance by Prince/King Nana who enters himself into the Heavyweight Championship Tournament “Rumble Tertius” match.

The “Mercenaries” win by pinfall

Ryan Rush wins by pinfall (not contract for Tommy Maclin™)

Chris “The Show” Steeler wins to become the 3rd finalist.

The returning Beaulieu Brothers interrupted the National Anthem with their rendition of the Canadian Nation Anthem, when the fans voted for our singer Caitlin, over Zachary Beaulieu’s singing they got a little aggressive with Caitlin.  Out comes Francis Kip Stevens to the rescue but he was overpowered by the 2 Beaulieu Brothers.  King Mega comes to his aid and Mister Crister makes it happen.

Next, Stevens makes a special announcement for his fan clubs members in attendance celebrating a birthday and straight A’s on a report card!  As Stevens & Mega are celebrating with fans they are interrupted by Ring Of Honor Embassy leader Prince Nana!   Prince Nana claims he is the King of Delaware and Mega is a fraud!  He enters himself into the Rumble Tertius and says he will take care of Mega there.

Match #5, another impromptu match ensued after Stockade and Sohlo returned ringside and put the boots to Fontaine.  With the “Young Warriors” Fallah and Wesson running out for the save, Mister Crister proceeded to make an official 6 man tag match with Stockade, Sohlo and Conner vs Fallah, Wesson, and Fontaine.  This was a fast paced, heavy hitting match up with Wesson being a little smarter and a little quicker in the end allowing him to get the pin on Sohlo.  Winners: The Young Warriors + Fontaine

Match #6, 6 man elimination match with team “Legendary Ladies Men” “Self-Made” Blake, Blakes Guy and surprise participant, Billie Bax vs the team of Chris “The Show” Steeler”, “Fighting Paramedic” Corey Blaze, and Courageous Cruz.  Blaze and Cruz were both eliminated leaving Steeler to fight 3 on 1.  After a valiant effort by Steeler, Blake’s Guy ended with the pin over the outnumbered Steeler.   Before it was over with, Blake got a woman into the ring to kiss him somehow!   Winners: “Legendary Ladies Men”

Mister Crister announces since the self-proclaimed “Legendary Ladies Men” were so hot, he wanted to bring them some real competition next month, “The Legendary Chick Magnets” will be reuniting for one night as Brian Socia, Mike Tobin, and Mozart Fontaine return to the ring to put the so-called Ladies Men in their place!

Match #7 was a Contract Match.  If Tommy Maclin™ was able to beat Ryan “Adrenaline” Rush, he gets a contract to join the RCP roster.  Tommy was tough and had a great showing, but the high-flying feet of Rush were just too much.  Mister Crister liked what he saw, and gave a second chance for the contract; if Tommy Maclin wins the Rumble Tertius, he’s in!  Winner: Ryan “Adrenaline” Rush

Match #8, Rumble Tertius for the 3rd finalist spot in the Heavyweight Championship Tournament.  19 combatants entered at 1 minute time intervals for the over-the-top-rope battle.  The end saw Prince Nana, Ryan Rush and Chris Steeler battling it out.  Nana was eliminated and then an all-out war between Rush and Steeler ensued. Either one could have won at any moment with multiple near eliminations.  Fans were treated to quite a spectacle of fast-paced, high-flying maneuvers.  In the end, Steeler was victorious and able to eliminate Rush and become the 3rd finalist in the Heavyweight Championship Tournament.  Winner: Chris “The Show” Steeler