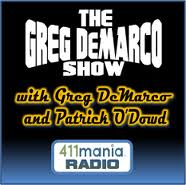 Ring of Honor’s iPPV history and their prior decision to discontinue with that medium:
“The Internet Pay Per Views have very much been a part of presenting our product to a wider audience. We began our relationship with Go Fight Live…they’re a tremendous vendor and I’m not even sure that it’s entirely then or us. You’re dealing with a technology that’s very difficult…it’s an inexact science. … it’s an expectation of the fans that they get a complete program without incident. … It became a situation where I decided that I’d rather present a clean program even if it was a little delayed or on demand, then go through this where the fan is not enjoying the experience with Ring of Honor.”

On how the free stream materialized:
“GFL said let’s try this again. We didn’t want to start charging until we knew we could deliver the product. [GFL] said [they were] willing to do this for free for you guys because [ROH was] a valued customer before and he wanted to show us that we could get through a stream relatively unscathed. So we agreed.”

If iPPV distribution with Go Fight Live is a viable option:
We almost had a flawless feed. … It’s just a frustrating thing because we want to present the continuity of the show, but there’s a lot of issues that happen on the home end. There’s a lot of stuff that’s out of our control, but we seem to bear the brunt of everything from that, and it seems to detract from what we’re doing. … GFL did everything they were supposed to do to ensure the [quality of] the stream. … I would like to continue to explore the relationship. I want to expose the product, I really do. Of all the shows they produce, we’re the biggest that they do. … I definitely want to keep exploring the relationship. … We’d like to do it live, but if we can’t do it live we’d rather give them a good product that they can enjoy without any kind of criticism.

Joe also discussed Adam Cole as Ring of Honor World Champion, the potential freshness of his title defenses against the rest of the roster, the growth of the ROH television product, his assessment of Sinclair’s first two years of ownership of Ring of Honor and the future of the Women of Honor.

Listen in as ROH Hoopla Hottie “The Perfect Ten” Scarlett Bordeaux responds to any and all listener calls and emails on air, and Arizona based independent wrestling star Dom Vitalli discusses his upcoming showdown with The Almighty Sheik for Slam U Pro.

You can listen to the show at the following link:
http://www.blogtalkradio.com/pwpradio/2013/09/23/greg-demarco-show-scarlett-bordeaux-takes-your-calls

Streaming on the Pro Wrestling Powerhouse Radio Network, The Greg DeMarco Show with Patrick O’Dowd and Heather Lynn comes to you each Sunday night with the best guest list and the hardest hitting analysis of the wrestling product. With show regulars like former WWE developmental Diva Su Yung and analysts Steve Cook, Tony Acero and Chad Perry, the Greg DeMarco Show is a can’t miss part of your wrestling week!